PACE President: “There should be no impunity, neither for the Russian President and Government, nor for the Parliament” 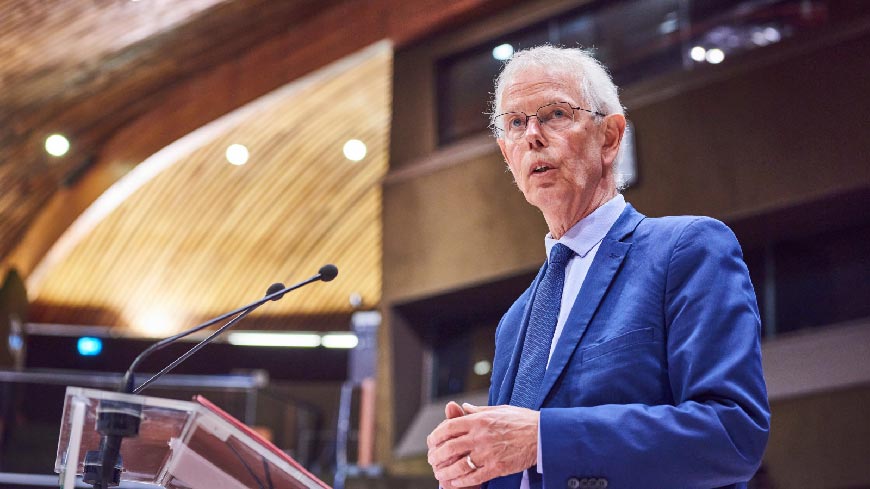 “The State Duma and Federation Council have given full support to the war of aggression against Ukraine and validated the recent illegal attempted annexations, after they acted in a similar way in 2014. Together with the Russian President and the Russian Government, the Russian Parliament therefore bears all responsibilities for the consequences of this illegal war and annexations. There should be no impunity, neither for the President and Government, nor for the Parliament”, PACE President Tiny Kox told the First Parliamentary Summit of the International Crimea Platform, meeting in Zagreb on 25 October.

The unanimous decision “to expel the Russian Federation from the Europe’s oldest and broadest organization, founded to protect and promote peace on our continent, was an important one, however, it did not stop the ongoing war, as other reactions against Russia’s brutal attack on multilateral agreements to protect peace in the world did not yet lead to make the Russian military halt its brutal destruction, its indiscriminate shelling of cities and vital infrastructure and its crimes against millions of Ukrainians”, the PACE President added.

More needs to be done, Mr Kox concluded, “something to be discussed today here in Zagreb, as well as in the days, weeks and months to come in all international forums, which all seek to end the war, restore the peace and take care that justice will be done, sooner or later.”