You were redirected to https://www.coe.int/en/web/portal/full-news/-/asset_publisher/y5xQt7QdunzT/content/council-of-europe-leaders-make-joint-statement-on-the-aggression-of-the-russian-federation-against-ukraine?_101_INSTANCE_y5xQt7QdunzT_viewMode=view/ . 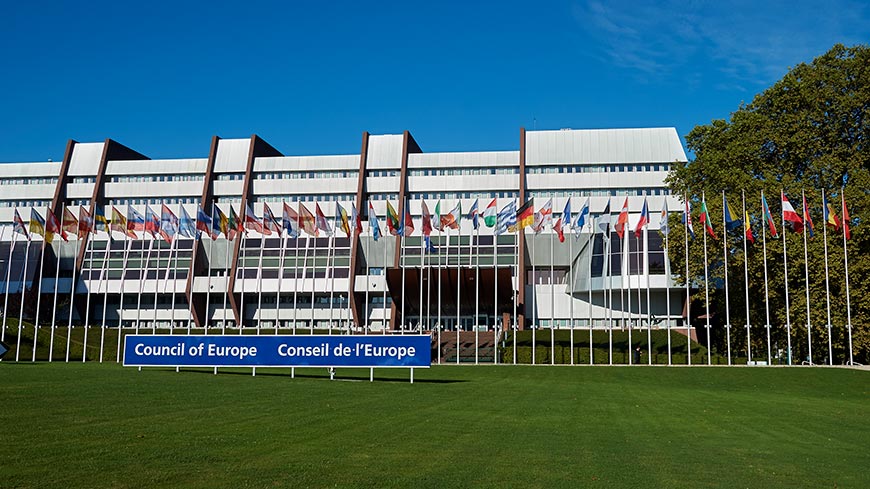 “We condemn in the strongest possible terms the Russian Federation’s unprovoked aggression against Ukraine, an unjustified military attack of one member State of the Council of Europe against another member State. We reiterate our unwavering support for the independence, sovereignty and territorial integrity of Ukraine within its internationally recognised borders.

On 25 February 2022, following an exchange of views with the Parliamentary Assembly, the Committee of Ministers decided to suspend the Russian Federation from the Council of Europe in accordance with Article 8 of the Statute and reaffirmed the principles to which we are unanimously committed, in particular respect for the independence, sovereignty and territorial integrity of Ukraine within its internationally recognised borders. The Committee also called on the Russian Federation to immediately and unconditionally cease its military operations in Ukraine.

We call on the Russian Federation to implement the interim measures indicated by the European Court of Human Rights on 1 and 4 March 2022. The right to life must be respected and guaranteed. In this respect we call on Russia to refrain from military attacks against civilians and civilian objects, to ensure the safety of medical establishments, personnel and emergency vehicles, to ensure unimpeded access of the civilian population to safe evacuation routes, healthcare, food and other essential supplies, as well as to ensure rapid and unconstrained passage of humanitarian aid and movement of humanitarian workers.

The Council of Europe also reiterates its call upon Russian authorities to comply with the principles and values of democracy, human rights and the rule of law which our Organisation represents on its own soil. The Russian Federation must guarantee to all persons under its jurisdiction the rights and freedoms enshrined in the European Convention on Human Rights, including the right to liberty and security, freedom of expression and freedom of assembly.

We once again call on the Russian Federation to stop its aggression, return to the path of diplomacy and fully recommit to European values. We will continue to follow the situation closely and remain committed to taking further measures.”