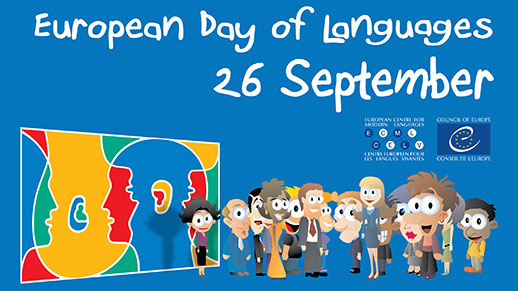 Celebrate the European Day of Languages with us! #coeEDL

The "Talk to me" slogan of the Day has formed the basis of a video clip developed in 2011.