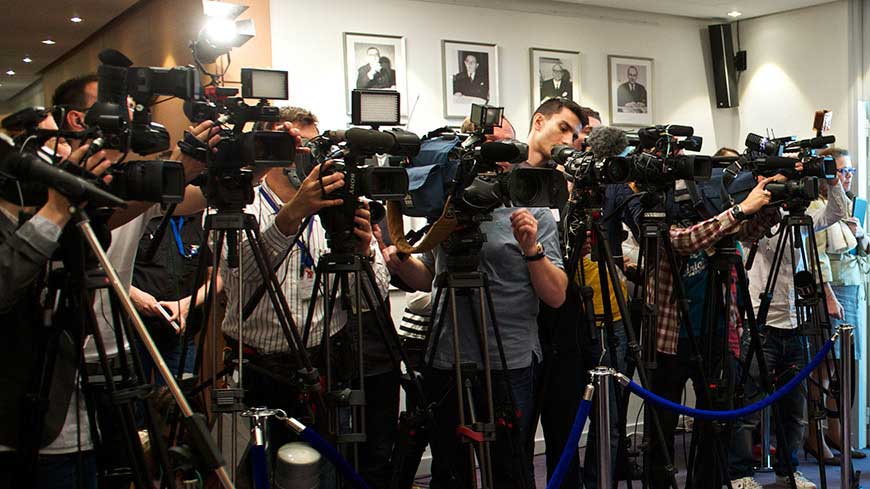 On the eve of Press Freedom Day on 3 May, Council of Europe Secretary General Thorbjørn Jagland called upon the 47 Council of Europe member states to make sure that their national legislation on defamation does not lead to self-censorship of the media and does not weaken public debate.

“We are witnessing worrying trends of some governments misusing defamation lawsuits for political purposes, arbitrary application of defamation laws leading to imprisonment of journalists and attempts to roll-back legislative reforms decriminalising defamation. These are among the findings of my Report on the State of Democracy, Human Rights and the Rule of Law in Europe 2016”, said the Secretary General.

“It is essential for democracy that the media carry out their work scrutinising and criticising those in power. In performing this watchdog function, they must benefit fully from the guarantees of the European Convention on Human Rights within the limits it establishes. Defamation laws and their implementation should not have a chilling effect on freedom of expression”, he added.

“When drafting or amending legislation, governments should take into account that the European Court of Human Rights has stressed that prison sentences are only compatible with the Convention in very exceptional cases, notably when other fundamental rights have been breached, for example in the case of hate speech or incitement to violence. It is also crucial that sanctions for defamation foreseen in civil law are proportionate and cannot be abused to silence the media”, he stressed.

Defamation has progressively been de-criminalised in most European countries and wherever it is still criminalised, sanctions are seldom applied. However, in recent years there has been a sharp increase in the number of lawsuits and excessive awards of damages, often higher than the fines imposed under criminal law.

In a set of Guidelines to protect journalism and ensure the safety of journalists and other media actors adopted earlier this year, the Council of Europe´s  Committee of Ministers asked member states to review domestic laws and practices concerning media freedom, including the way defamation is addressed, to ensure they comply with the European Convention on Human Rights.