Simon Coveney at PACE: It’s time for Council of Europe Heads of State and Government to reconvene 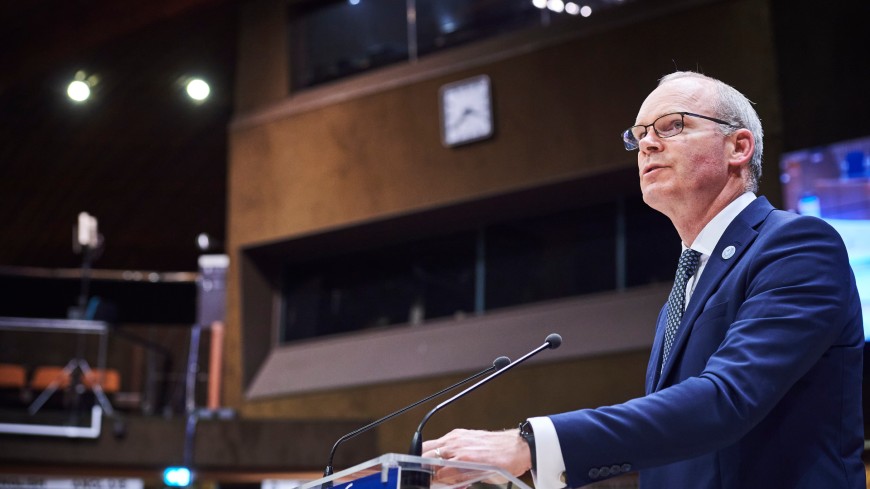 In the wake of Russia’s aggression against Ukraine, Ireland’s Foreign Minister Simon Coveney has called for a fourth summit of Heads of State and Government of the 46-nation Council of Europe.

Speaking to the Parliamentary Assembly of the Council of Europe as chair of the organisation’s Committee of Ministers, Minister Coveney said the summit should seek to redouble the Council of Europe’s support for Ukraine, refocus its relations with the 27-member European Union and recommit leaders to its first principles – above all, the rulings of the European Court of Human Rights. He said that the summit, which could take place as early as November, should also see leaders recommit to resourcing the Council of Europe, over the longer term, and discuss how to engage with civil society and human rights defenders in Russia, Belarus and beyond.

Speaking earlier in the day, at a High Level Panel on upholding democratic security in Europe, Minister Coveney said: “Democracy is a three-legged stool. It needs not only free elections, but adherence to an impartial rule of law and respect for human rights.”

“Securing democracy demands that we protect the tapestry of institutions that collectively hold states to account. That is why Ireland has made support for the Council’s core institutions – above all the European Court of Human Rights – the first priority of our Presidency.”

Minister Coveney highlighted the need for democracies to deliver stability and prosperity for their citizens and to develop new and better tools, above all on digital platforms, to counter untruths disseminated by autocrats.