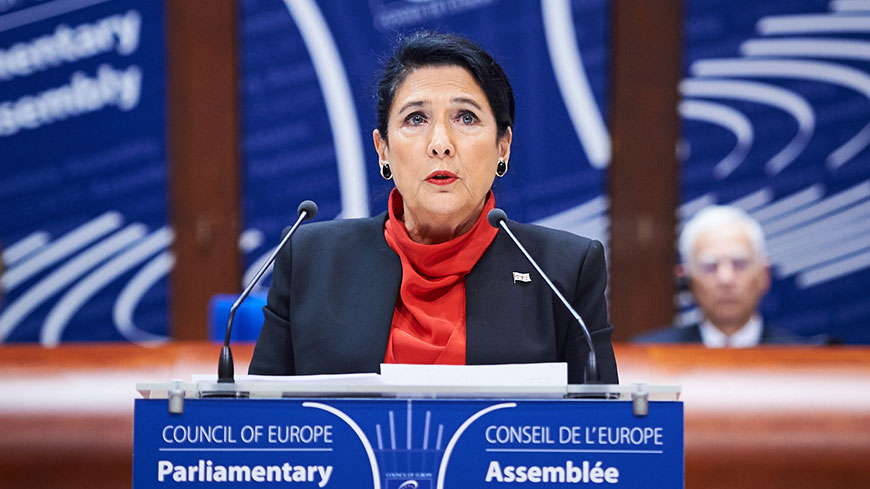 “Georgia's accession to the Council of Europe 21 years ago has marked the start of a path towards the transformation of our society, the liberation of the individual, the democratisation of the political system, the consolidation of democratic institutions, and a state based on the rule of law,” said Salome Zurabichvili, President of Georgia, addressing the Assembly today. “This path corresponded to the free choice of our nation, a choice which is to this day inspiring us and bringing us ever closer to the European integration.”

The President stressed that Georgia had turned into a modern European state with stronger institutions, sustained economic growth, developing social and healthcare systems in an environment of stability. “Our country has managed to pave its way towards the EU and NATO, despite many obstacles, namely frozen conflicts, war, occupied territories”, she said.

"We know that the end of the road is still not reached, that it will take more political will and readiness to achieve the last wave of reforms,” she said. “The new constitution adopted in 2018 is a shift to another stage of our democratic development and demonstrates our commitment to human rights protection. In addition to the fundamental rights and freedoms, it has introduced the newest in social, economic and environmental rights,” the President said, stressing that environmental rights, especially the protection of individuals against environmental harm, was a priority.