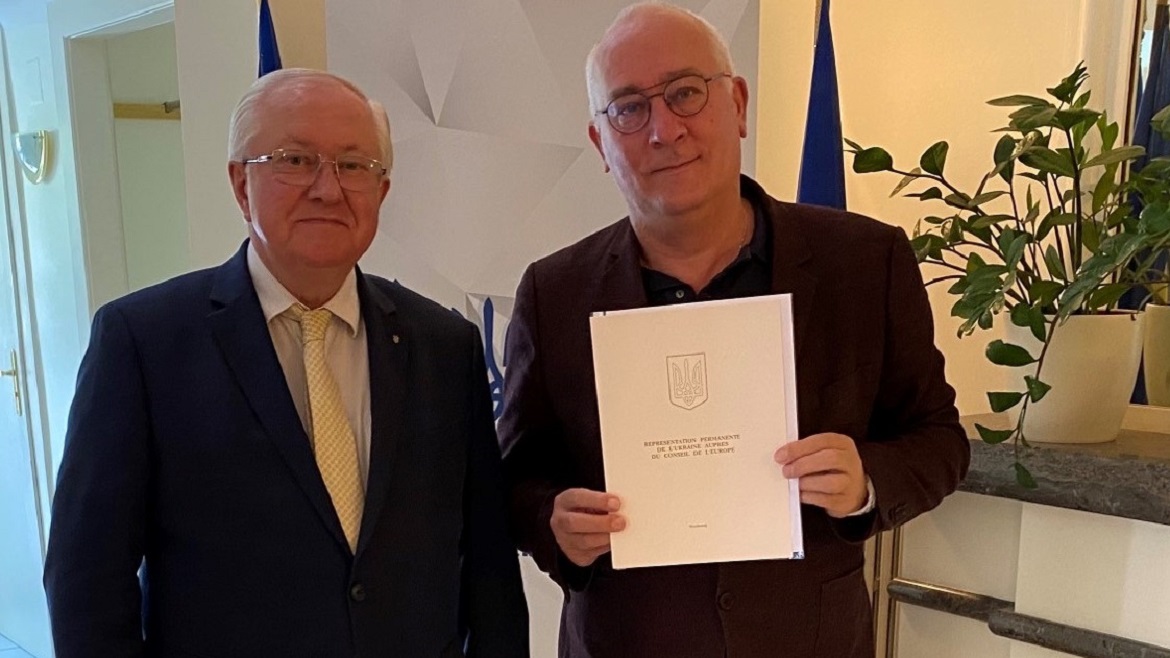 Ukrainian Foreign Minister Dmytro Kuleba has delivered a letter to Council of Europe Secretary General Marija Pejčinović Burić informing her of his country's decision to join the Pompidou Group as of January 2022. Borys Tarasyuk, the Permanent Representative of Ukraine to the Council of Europe, addressed this subject during his meeting with Denis Huber, Executive Secretary of the Pompidou Group. He reiterated that the participation of Ukrainian experts in the work of the Group will facilitate the creation and implementation of programmes for treatment of addictions, the care and rehabilitation of people with substance use disorders, as well as the exchange of information on trends related to drug trafficking and drug use.

Late last month, Ukraine’s President Volodymyr Zelenskyi had signed into law the Ukrainian Parliament’s positive decision on “Ukraine’s Accession to the Partial Agreement on the Establishment of a Co-operation Group to Combat Drug Abuse and Illicit Trafficking in Drugs (Pompidou Group)”. The decision followed 10 years of fruitful cooperation between Ukraine and the Pompidou Group, including the commitment of many policy makers and professionals working in the drugs field and their support for a human-rights based approach to drug policy.

“The platform of the Pompidou Group is essential to sharing good practices among member states to address drug issues in our country and across Europe”, said Mariya Mezentseva, member of the Verkhovna Rada (Parliament) and Chairperson of the Ukrainian delegation to the Council of Europe Parliamentary Assembly, who has played a pivotal role in the process of Ukraine’s accession to the Pompidou Group and formalizing a long-standing cooperation.

Ukraine joined the Council of Europe in 1995 and has made many commitments to the rule of law, democracy and human rights. Its decision to join the Pompidou Group is a further step to addressing drug-related challenges based on Council of Europe values, notably through integrating human rights into all stages of drug policy making. A strengthened focus on human rights is one of the key elements of the Pompidou Group's renewed mandate adopted in June 2021 on the occasion of its 50th anniversary, which was also extended to addictive behaviours related to licit substances (such as alcohol or tobacco) and new forms of addictions (such as Internet gambling and gaming).

By joining the Pompidou Group, Ukraine will benefit from a renewed political and legal framework, which will support the Group in operating as a key international reference point for human rights in drug policies. Among other things, Ukraine as a new member State will gain hands-on international support on fighting drug trafficking through access to specialized law enforcement networks and professional cooperation platforms for the exchange of operational and policy information, experimenting with flexible responses to addressing 21st century addictions such as online gambling, and new insights from research and practice on science-based prevention and treatment of substance use disorders.