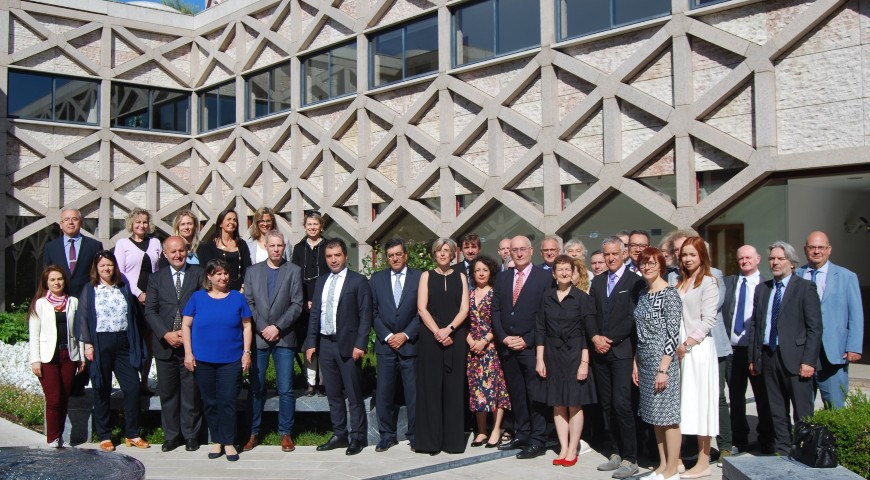 With the adoption of the revised statute by the Committee of Ministers of the Council of Europe on 16 June 2021, the Council of Europe’s drug policy cooperation platform (the “Pompidou Group”) has a renewed foundation to shape its future as the key international reference point for human rights in drug policies. Ambassador Harry Alex Rusz welcomed the adoption of the statute on behalf of the Hungarian Presidency of the Committee of Ministers, stressing that “this decision provides a strong political impetus for the Pompidou Group's present and future action, 50 years after its creation."

Council of Europe Secretary General Marija Pejčinović Burić emphasised the need to promote an approach based on Council of Europe values to address drug challenges. “By adopting the revised Statute of the Pompidou Group, the Committee of Ministers has given the Group the adequate political and legal framework to make the voice of the Council of Europe heard and to stimulate its action in this field.”

Portugal, which holds the Presidency of the Pompidou Group as well as the current EU Council Presidency, issued a statement praising the new opportunities offered by this landmark reform. João Goulão, the Portuguese President of the Pompidou Group, noted that the revised statute would “strengthen cooperation between the Pompidou Group and the European Union, including the possibility for the latter to become a member of the Group.” Attracting new partnerships and members while acting as an open platform that brings together key partners inside and outside the Council of Europe, including civil society organisations, to shape the future of drug policy is one of the main targets of the PG’s renewed political and legal framework.

An important substantive realignment of the new statute is the extension of the Group's mandate to include addictive behaviours related to licit substances (such as alcohol or tobacco) and new forms of addictions (such as Internet gambling and gaming), as well as the strong focus on human rights, while reaffirming the need for a multidisciplinary approach to addressing the drug challenge which can only be tackled effectively if policy, practice and science are linked. To better reflect both its identity as a Council of Europe entity and its broadened mandate, the Group will change its official name from the "Cooperation Group to Combat Drug Abuse and Illicit Drug Trafficking" to the "Council of Europe International Cooperation Group on Drugs and Addiction."

After two years of intensive work among the Group's Permanent Correspondents, which led to the approval of a draft revised statute on 19 November 2020, the decision of Committee of Ministers of the Council of Europe today is the culmination of a statutory revision process that was launched at the Stavanger ministerial conference in November 2018. It involved thorough discussions among the 41 member states of the Pompidou Group, as well as numerous consultations with the Group's main partners, both within and outside the Council of Europe, including major civil society organisations or platforms.