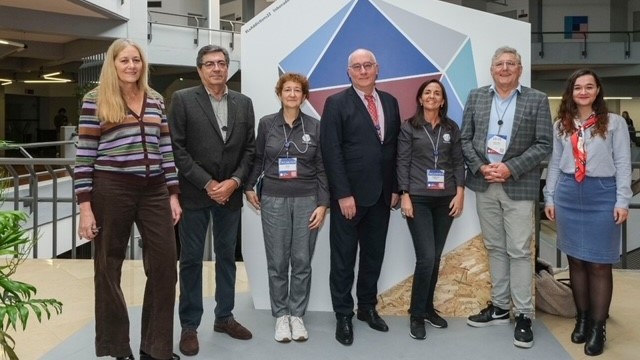 From 21 to 25 November, the Pompidou Group participated actively in the 2022 edition of the European Conference on Addictive Behaviours and Dependencies ("Lisbon addictions"), co-organized by the Portuguese General-Directorate for Intervention on Addictive Behaviours and Dependencies (SICAD) and the European Monitoring Centre for Drugs and Drug Addiction (EMCDDA), which brought together some 1900 participants from Europe and other parts of the world.

In 21 November, the Head of the MedNET Unit participated in the EU4MD closing conference on "Drugs beyond EU Borders : emerging trends and preparedness", along with some MedNET participants. This EMCDDA project will continue in 2023 and the cooperation and synergies developped with MedNET will continue as well.

On 21-22 November, the Executive Secretary participated, together with the President of the Permanent Correspondents, the Director of EMCDDA and the President of the European Committee on the Prevention of Torture (inter alia), at the 3rd European Conference on Prison Health, organized by "Health without Barriers" as a side event to Lisbon Addictions. He chaired the session dedicated to addiction and mental health and participated as a speaker in the closing panel.

On 22 November, the Pompidou Group co-organized a joint event on gender and drugs with the EMCDDA and UNICRI. 150 participants joined this first time event organized at the initiative of the European group on gender and drugs. The Executive Secretary opened the seminar and the EMCDDA director closed it, calling for implementing a gender drug policy in Europe.

The concept of the Drug Policy Executive Course was presented by the Deputy Executive Secretray at the annual conference of the International Society for the Study of Drug Policies on 22 November. Capacity building in drug policy management is one of the unique offers by the PG’s International Drug Policy Academy with an increasing international recognition.

During the Lisbon Addictions Conference itself, from 23 to 25 November, the new Pompidou Gropu’s self-assessment tool on drug policy compliance with human rights, together with its online application, were presented by the Deputy Executive Secretary in a special session on human rights and sustainable development goals, on 23 November.

On 25 November the Head of the MedNET Unit chaired the session on "Investigating adolescent substance use and risk behaviours in the Mediterranean región: where do we stand ?", in which the results of 3 Medspad surveys and the 4 regional medspad reports were presented.

During the 3 days, the Pompidou Group was present at a stand with its most recent publications and a large number of participants came to ask questions and collect them.