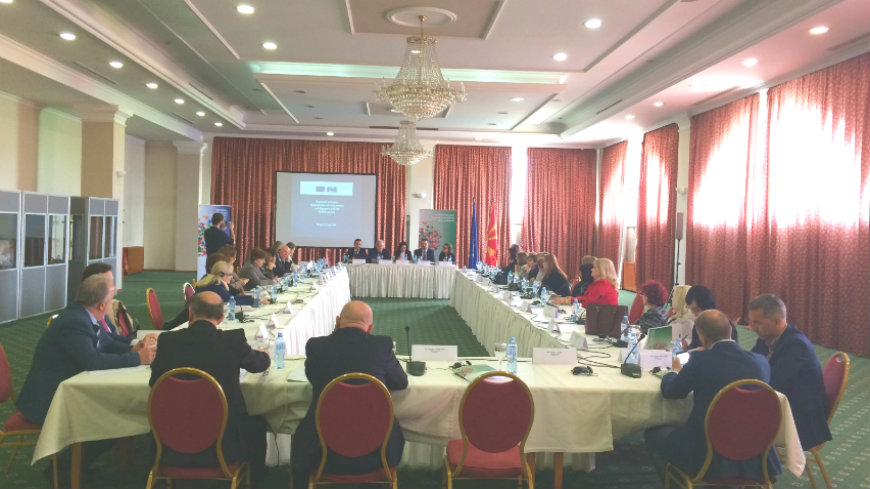 A three day Regional Conference on Harmonization of court practice and alignment with the European Court of Human Rights case law was organized from 11 to 13 April 2018 in Skopje. Representatives from “the former Yugoslav Republic of Macedonia”, Albania, Bosnia and Herzegovina, Montenegro and Serbia, supported by international experts, had the opportunity to discuss good practices and challenges in case-law harmonization through respective national mechanisms for the harmonization of judicial practice. The Conference served as forum for increased judicial dialog aimed at enhancing cooperation and awareness among judges in the region about this pertinent issue to be properly addressed in each country.

Mainly, judges from the Supreme and Appellate Courts in the region, responsible for harmonization of the court practice shared the current situation in the countries with views and suggestions on increased effectiveness of adjudication of numerous issues arising under the European Convention of Human Rights and national legislation.

Participants were also able to follow presentations and give their contributions on the inconsistency of the case law as element for legal uncertainty, the role of the Juris consult and his team in case law harmonization within the European Court of Human Rights and the role of the Superior Court Network.

This activity was organized within the Project “Increasing judicial capacity to safeguard human rights and combat ill-treatment and impunity”, as part of the “Horizontal Facility for Western Balkans and Turkey”.