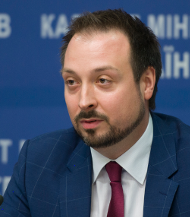 According to the standards of the European Convention on Human Rights, as enshrined in the case law of the European Court of Human Rights, the right to legal aid makes part of the broader concept of access to justice. The Council of Europe has been supporting the development of the free legal aid system in Ukraine from the very beginning, in particular in the framework of the CoE Ukraine Action Plans. Recently a new CoE Project “Continued Support to the Criminal Justice Reform in Ukraine”, funded by the Danish Government, has been launched. One of the main beneficiaries of the Project is the Ukrainian free legal aid system.

Below is an interview with Mr Andriy Vyshnevsky, Director of the Ukrainian Coordination Centre for Legal Aid Provision, who recently paid a visit to Strasbourg to meet partners from the Council of Europe.

The Ukrainian legal aid system is a relatively new institution, yet already functioning for a certain period of time. How would you evaluate the developments of the system and the current state of play? What are the achievements you would underline, and what are the immediate challenges and perspectives for the future?

The system has been operating for over three years. During this time it has demonstrated dynamic development and today it consists of 125 legal aid centres led by the Coordination Centre for Legal Aid Provision. About 5 000 private lawyers cooperate with these centres on the basis of civil contracts. On average, we provide legal aid to 150 000 persons per year. Among them there are suspects and accused persons in criminal proceedings, as well as vulnerable people who need legal advice or representation in court. The financing of the legal aid system from the national budget increased 35 times in 3 years, which is an unprecedented example of government programmes’ financing in Ukraine. 20% of the legal aid system’s needs are covered through the financial support from international donors, primarily Governments of Canada and Denmark, the US State Department, the Open Society Foundations of George Soros, the Council of Europe.

Among the results we are proud of is in particular the creation of a mechanism for early access to legal aid (within two hours after detention) for all detainees. Ukrainian human rights activists call it the second most important factor that reduced by half the number of cases of cruel, inhuman or degrading treatment of detainees by law-enforcement officers in the last 3 years. The model of legal aid provision itself has also shown its effectiveness at the launching stage. It is based on the principles of independence of legal aid service providers (primarily lawyers) and free competition between them, duly taking into account the established quality standards of legal aid services. Another example of good practice is the methodology of cascade training of lawyers, which allows them to perform annually 3–4 series of two-day auditorium trainings for more than 2 thousand lawyers throughout Ukraine.

Among the main challenges today I would mention insufficient number and sometimes insatisfactory level of professionalism of lawyers, especially in rural areas; the tendency of some lawyers to involve in corrupt relationships with investigators, prosecutors and judges; the weak position of the national bar in the eradication and prevention of such behaviour in the professional community. We are going to overcome this problem by introducing integrated or mixed model of legal aid provision. In particular, we are planning to pilot public defender offices following similar experience of the USA, Canada, Great Britain, the Netherlands and other countries. Special attention will be paid to creation of new possibilities for professional training and development for lawyers and other legal aid providers.

Another challenge is the issue of accessibility of legal aid. Given long distances, poor transport infrastructure and poverty, people could find it difficult to reach legal aid centres when there is only one for 300-500 thousand citizens. In response to this challenge we are expanding the access points’ network to legal aid. Last but not least, it is important to focus not only and not so much on organising legal aid provision, but above all on legal empowerment of local communities. This is a key to the prevention of corruption in everyday life, to the overcoming of barriers to the participation of households and businesses in economic life, and to the effective implementation of the right to vote and the right to self-government.

Within the framework of the comprehensive criminal justice reforms in Ukraine, how would you describe the role of the free legal aid system?

The legal aid system has become an important factor in successful implementation of the new Code of Criminal Procedure, encouraging the courts to use the European Convention on Human Rights and the ECHR’s case law as a source of law. It increases the effectiveness of the National Preventive Mechanism against torture and prevention of torture in general. The ability to realise fully the right to defence gives chances to increase public trust into justice. Legal aid centres provided professional and impartial protection to detainees during the Revolution of Dignity, to persons suspected of separatism and terrorism, to Ukrainian military men accused of criminal offenses, and even to Russian regular intelligence agents captured on the territory of Ukraine.

During three years of the legal aid system operation in Ukraine, there were about 1 300 cases with verdicts of acquittal and case closures under the lack of corpus delicti or criminal event, which is an indicator of defence’s professionalism and impartiality. It is a great service of legal aid lawyers. Over the past half-century practice of involving assigned defenders (before the establishment of the new legal aid system) there was not such a single case – first of all because of strong corruption relationships between investigators / prosecutors and lawyers: sometimes the prosecution itself was involved in criminal proceedings, in which suspected or accused persons did not have means to hire a lawyer.

Today the legal aid system positively influences the formation of a renewed bar and becomes attractive for lawyers of the new generation who are usually professional, honest, and against the rules proposed by corrupted people.

During your visit to Strasbourg, you have met the representatives of various structural units of the Directorate of Human Rights, as well as other Council of Europe bodies, to discuss further cooperation. What are the main areas in need of support and planned initiatives of cooperation with the Council of Europe?

Moreover, we are planning to enhance cooperation in such areas as training for lawyers and other legal professionals via HELP methodology, and further implementation of IT. We would expect to receive additional support of our cooperation with the Ombudsman and the National Preventive Mechanism.