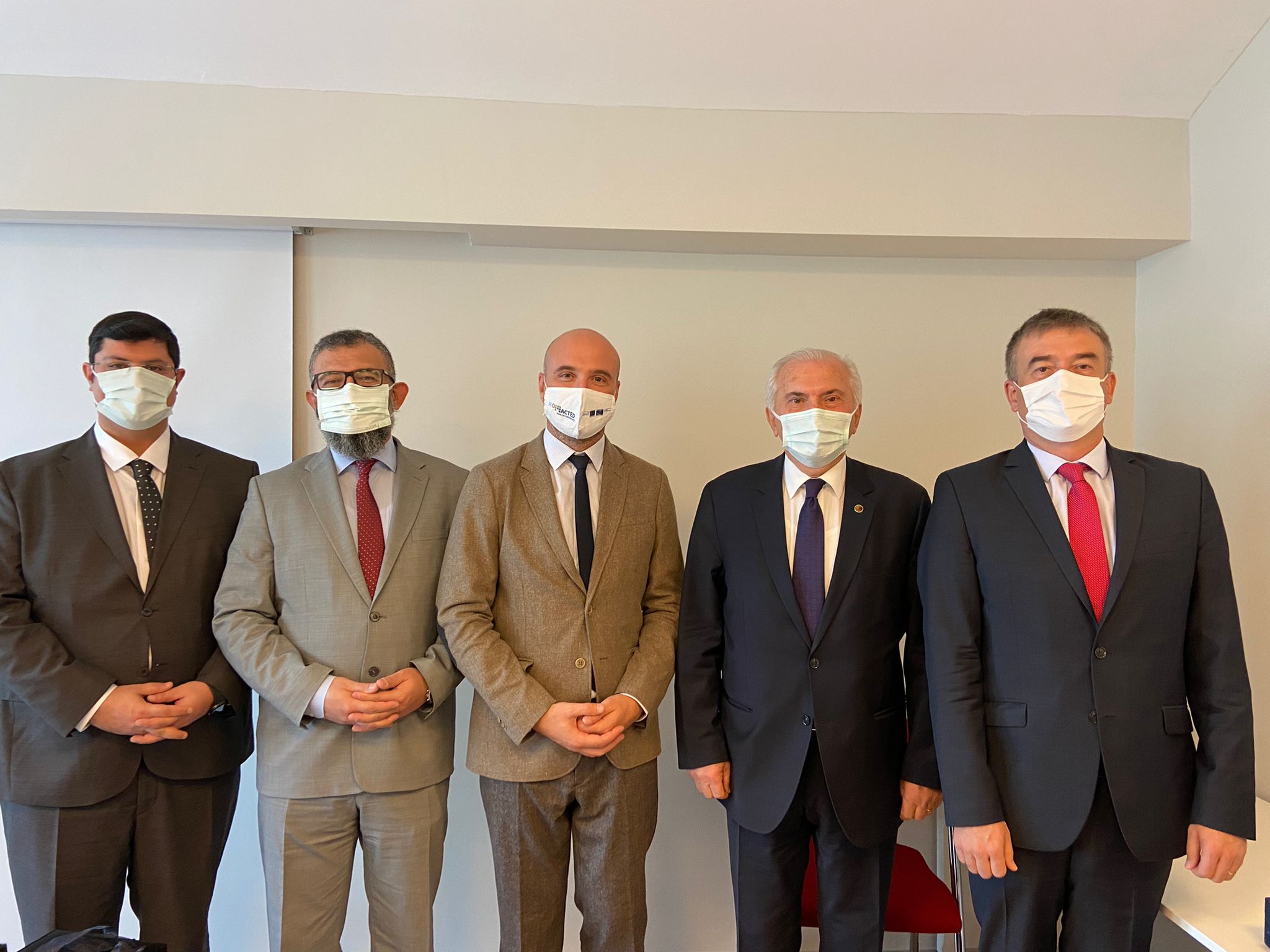 Vice President of the Union of Turkish Bar Associations (UTBA) and responsible for ScoBAL Project Mr Ünsal Toker and Director of EU and International Affairs Department of UTBA Mr Murat Yalkın visited the CoE Programme Office in Ankara to meet with the Head of Office Mr Cristian Urse and the “Strengthening the Capacity of Bar Associations and Lawyers on European Human Rights Standards (SCoBAL)” Project Team, including Project Coordinator Mr Sergey Dikman  and Project Manager Mr Musa Toprak on 22 September 2021.

UTBA Vice President and Head of the Council of Europe Programme Office in Ankara shared their appreciation for the Project's achievements and expressed confidence in continued cooperation. The project activities planned for the remainder of the implementation period and means for further improving collaboration were discussed in detail during the meeting.