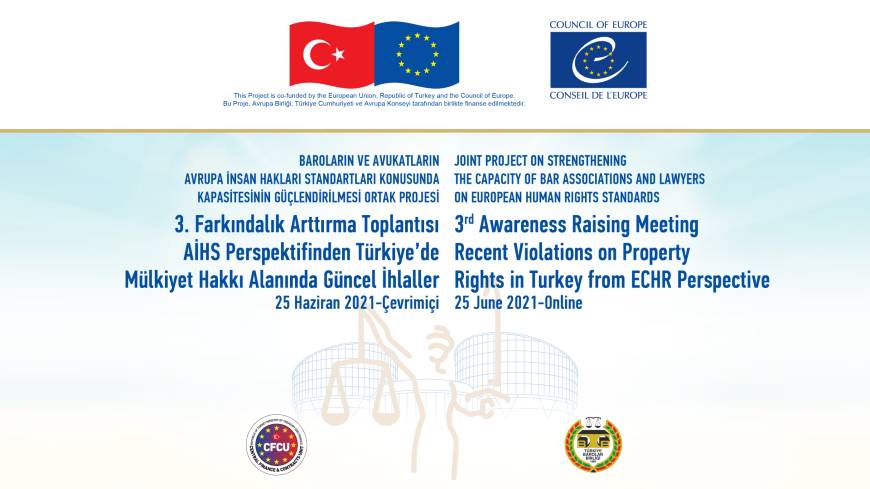 The 3rd Awareness Raising Meeting of the EU-Council of Europe Joint Project “Strengthening the Capacity of Bar Associations and Lawyers on European Human Rights Standards” was conducted online on 25 June 2021. Representatives of the Council of Europe, the Union of Turkish Bar Associations and the Delegation of the European Union to Turkey attended the event together with more than 200 participants, who were mostly Turkish lawyers. The aim of the meeting was to inform and discuss issues concerning the topic of “Recent Violations on Property Rights in Turkey from ECHR Perspective”, which was contextualised by key speakers. Discussions were undertaken from different perspectives. The information on the sessions, discussion topics, speakers and the commenters can be reached through this link.

Current issues and challenges covered during the meeting were of interest for the large number of participants, which led to substantial and fruitful discussions.

A report will be prepared to summarise all topic areas and discussions of the meeting, together with conclusions and recommendations on the issues covered. The report is expected to be finalised and shared on the Project webpage by the end of July 2021, for the access of all interested.