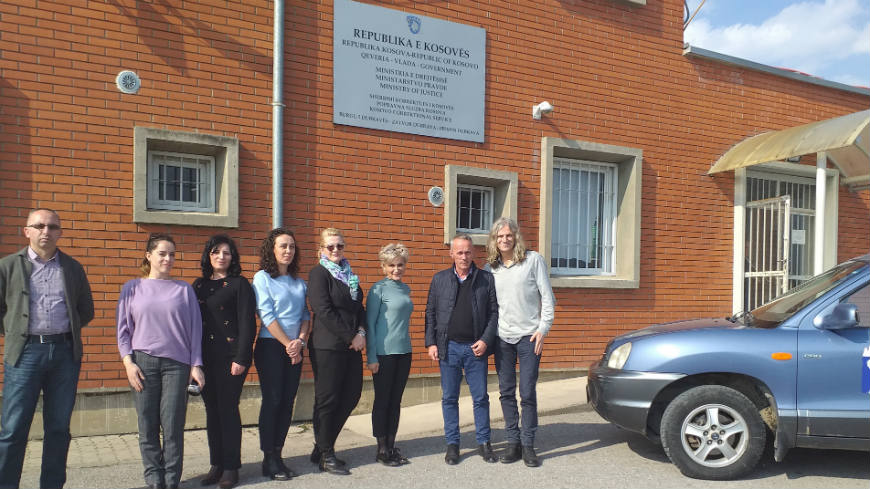 From 27 February to 1 March 2019 the project facilitated the delivery of Follow-Up Visits to Places of Deprivation of Liberty. The activity was organised during the official ad-hoc visit of the National Preventive Mechanism against Torture (NPM) to Dubrava Prison, located in Istog/Istok municipality.

NPM carried out follow-up assessment of implementation of its recommendations issued to relevant authorities after series of monitoring visits conducted in 2018. It also conducted inspection of current detention conditions and treatment of inmates in this largest correctional facility in Kosovo*. During the intensive three-day work, NPM conducted in-depth individual interviews with more than 60 persons deprived of liberty and reached out to more than 100 detainees in group sessions and on-site communication. NPM staff visited all premises in detention center including cell blocks, hospital, kitchen, workshops, sport and educational facilities, visiting rooms and others. The delegation also discussed with prison management and interviewed more than 50 correctional officers, medical personnel and other staff dealing with inmates on daily basis.

The activity enabled practical evaluation of the entire training program Monitoring Places of Deprivation of Liberty at the level of target group and beneficiaries. The project team directly observed with NPM effective application of monitoring techniques, skills and competences acquired in interaction and exchange with CPT experts provided through the project. In addition, NPM found certain number of its recommendations from previous visits effectively addressed by authorities what clearly indicated its impact on protection of rights of persons deprived of liberty.