Effective Investigation and Documentation of Torture and Ill-treatment 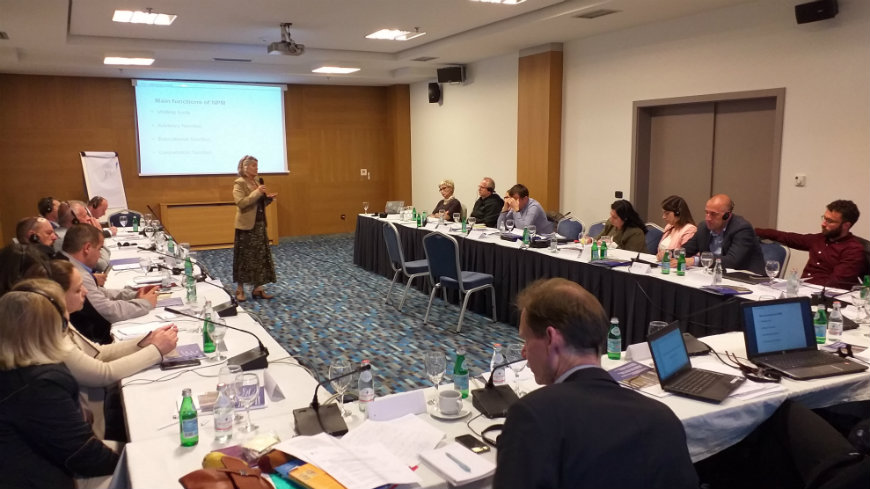 On 8-10 April, the project "Strengthening the National Preventive Mechanism" in synergy with another Council of Europe’s project “Enhancing Human Rights Policing” organised a training on the Istanbul Protocol on Effective Investigation and Documentation of Torture and Other Cruel or Degrading Treatment or Punishment. The workshop was delivered with the support of a multidisciplinary team of three international consultants, current and former experts of UN Subcommittee for Prevention of Torture (SPT) and the European Committee for Prevention of Torture (CPT) with legal, medical and psychological background.

More than 30 professionals of the National Preventive Mechanism against Torture (NPM), relevant civil society organisations, police and prison inspectorates, prison health department of the Ministry of Health, correctional service and relevant police units benefitted from the training. Participants were introduced with Istanbul Protocol through the lenses of its main components including prevention, accountability and reparation. They were trained in multidisciplinary approach to documentation of cases of torture and ill-treatment including both psychical and psychological documentation and follow-up interpretation of findings and drafting conclusions. Beneficiaries also learned medico-legal reporting principles with references to reporting practices relevant for the local context. Particular attention was given to cooperation and coordination among different actors in the referral system for cases of torture and ill-treatment.