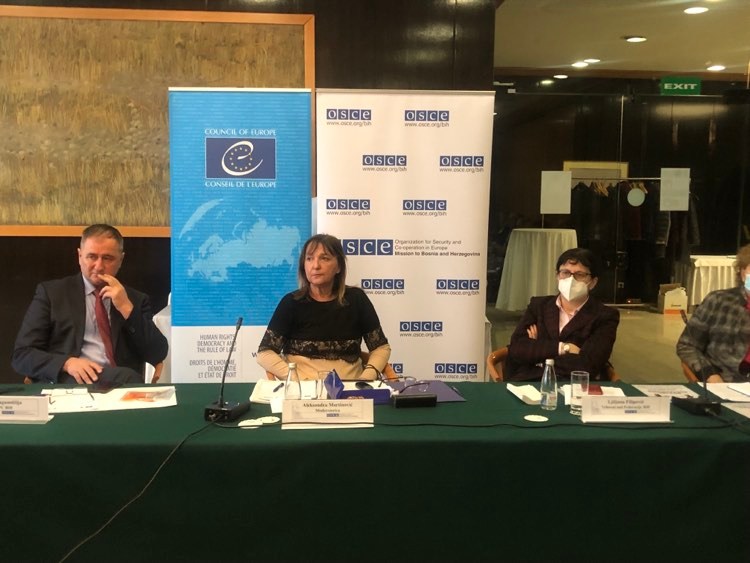 Council of Europe organised a roundtable discussion on the harmonisation of case law and judicial practice for senior judges in Bosnia and Herzegovina (BiH), on 6 December 2021 in Sarajevo. The event was aimed at improving legal certainty and equality of citizens before the law. It was organized in co-operation with the BiH High Judicial and Prosecutorial Council (HJPC) and the OSCE Mission to Bosnia and Herzegovina (BiH)

Council of Europe, under the auspices of the HJPC, has previously supported the work of the harmonisation panels. Conclusions and recommendations from the roundtable discussion will help drive the future work of the panels in addition to contributing to other initiatives to improve the harmonisation of the judicial practice in BiH.

The roundtable is organised under the project “Initiative for Legal Certainty and Efficient Judiciary in Bosnia and Herzegovina – Phase II”, implemented by the Council of Europe thanks to the voluntary contribution of the Government of Norway.