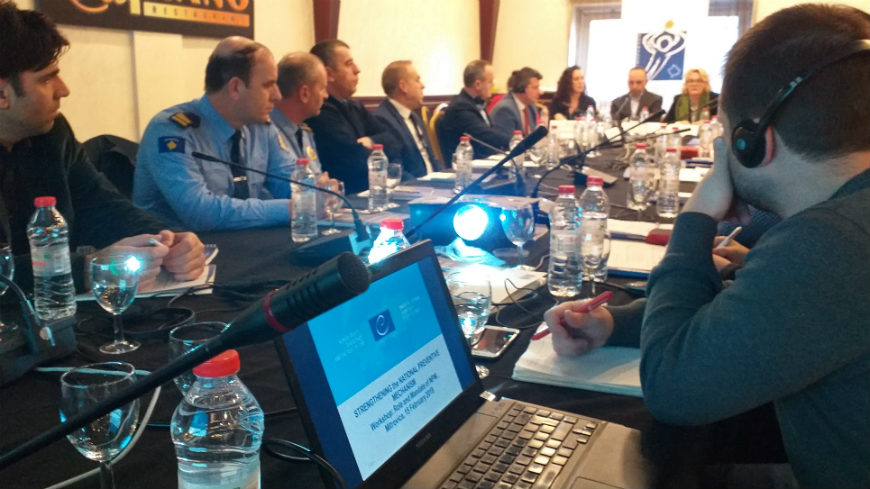 On 15 February, the project organised an awareness raising round table on the role and mandate of the National Preventive Mechanism (NPM) with relevant institutions, NGOs and international organisations operating in Mitrovica region. The event provided room for introduction of NPM team and its preventive function and facilitated discussion on strengthening inter-institutional cooperation for better protection of rights of persons deprived of liberty in the region. NPM also presented international standards and domestic legal framework regulating its preventive mandate and explained key monitoring aspects during the visits to different facilities.

In a follow-up panel discussion, commanders of police stations in Mitrovica region, Deputy President of the Basic Court in Mitrovica and directors of Mitrovica Detention Center and Correctional Center Smrekonicë/Smrekovnica gave overview of the situation in these facilities, emphasizing their needs and key challenges they face in everyday work and cooperation with other institutions. They also showed sound understanding of NPM role and mandate, expressing openness for visits and interaction and cooperation with the mechanism.

As a follow up, NPM plans to conduct official monitoring visit to Mitrovica Detention Center for the first time since the establishment of mechanism, while the project will try to address some of the challenges quoted by correctional institutions. The project "Strengthening the National Preventive Mechanism in Kosovo*" is funded by the Council of Europe, Swiss and Norwegian governments and implemented by the Council of Europe.