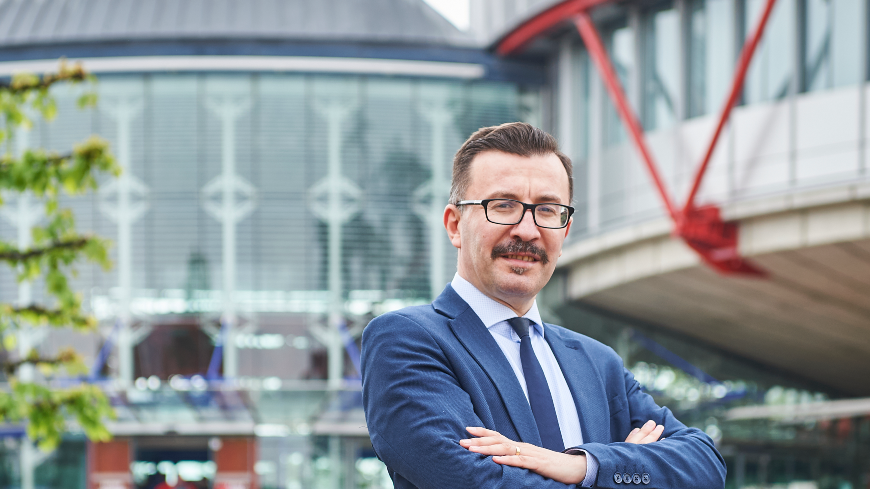 Harmonisation of national case law with the with the standards imposed by the European Court of Human Rights (the Court) is a fundamental precondition for providing effective and qualitative justice at the domestic level.

In this context, the EU and Council of Europe joint action “Supporting effective domestic remedies and facilitating the execution of judgments in Albania” is assisting the Albanian judiciary in the process of harmonising the national practice with that of the Court.

To help this process, Gentian Jahjolli, the Albanian Judge from the District Court of Shkodër, has been seconded for three months to the Registry of the European Court of Human Rights in Strasbourg. The gained expertise will further enhance domestic capacities to harmonise of Albanian legal practice with the provisions of the European Convention on Human Rights and the Court case-law.

The placement is taking place in the framework of the action “Supporting enforcement of the judicial decisions and facilitating the execution of ECtHR judgements in Albania” under “Horizontal Facility for the Western Balkans and Turkey II”, a co-operation initiative co-funded by the European Union and the Council of Europe and implemented by the Council of Europe.