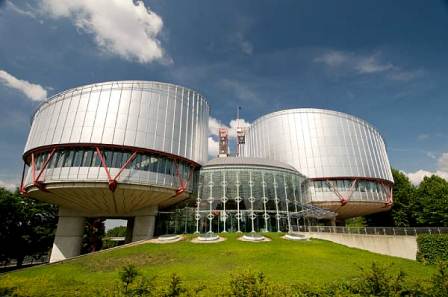 The European Court of Human Rights is an international court set up in 1959. It rules on individual or state applications alleging violations of the civil and political rights set out in the European Convention on Human Rights. Since 1998 it has sat as a full-time court and individuals can apply to it directly. In almost fifty years the Court has delivered more than 10,000 judgments. These are binding on the countries concerned and have led governments to alter their legislation and administrative practice in a wide range of areas. The Court’s case-law makes the Convention a powerful living instrument for meeting new challenges and consolidating the rule of law and democracy in Europe. The Court is based in Strasbourg, in the Human Rights Building designed by the British architect Lord Richard Rogers in 1994 – a building whose image is known worldwide. From here, the Court monitors respect for the human rights of 800 million Europeans in the 47 Council of Europe member States that have ratified the Convention.

The European Court on Human Rights

Aimed at a wide audience, the film on the European Court of Human Rights explains how the Court works, describes the challenges faced by it and shows the scope of its activity through examples from the case-law.

Your application to the ECHR