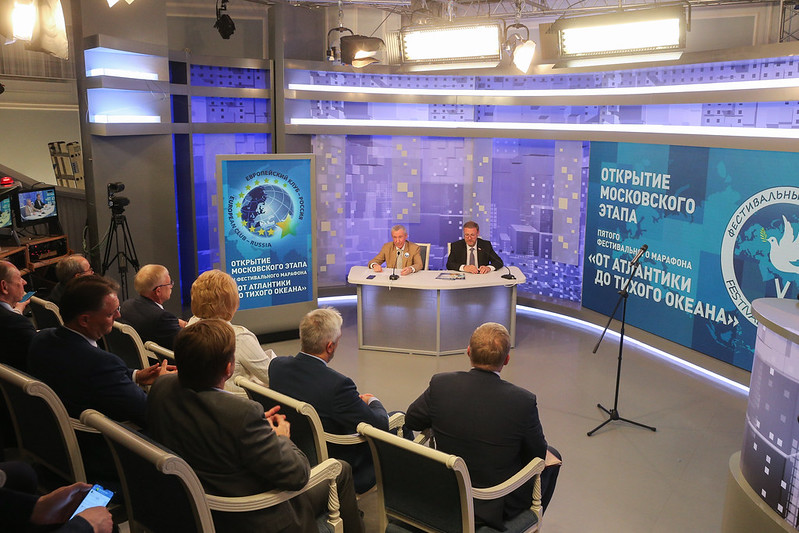 On 17 May the presentation of the 5th International Festival Marathon “From the Atlantic to the Pacific Ocean” took place in the Council of Federation. The event is traditionally held under the patronage of the President of Federation Council Valentina Matvienko, with the support of the Ministry of Foreign Affairs of the Russian Federation and the Federal Agency “Rossotrudnichestvo”. Mr. Andrey Klimov, head of the working group of the Festival Marathons "From the Atlantic to the Pacific Ocean", member of the Federation Council Committee on International Affairs, Chairman of the Board of the Russian Parliamentary European Club; Mr. Konstantin Kosachev, Deputy Chairman of the Federation Council of the Russian Federation, President of the Russian Parliamentary European Club and other officials took part in the presentation. The event was attended by the Head of the Programme Office of the Council of Europe Mr. Petr Sich.