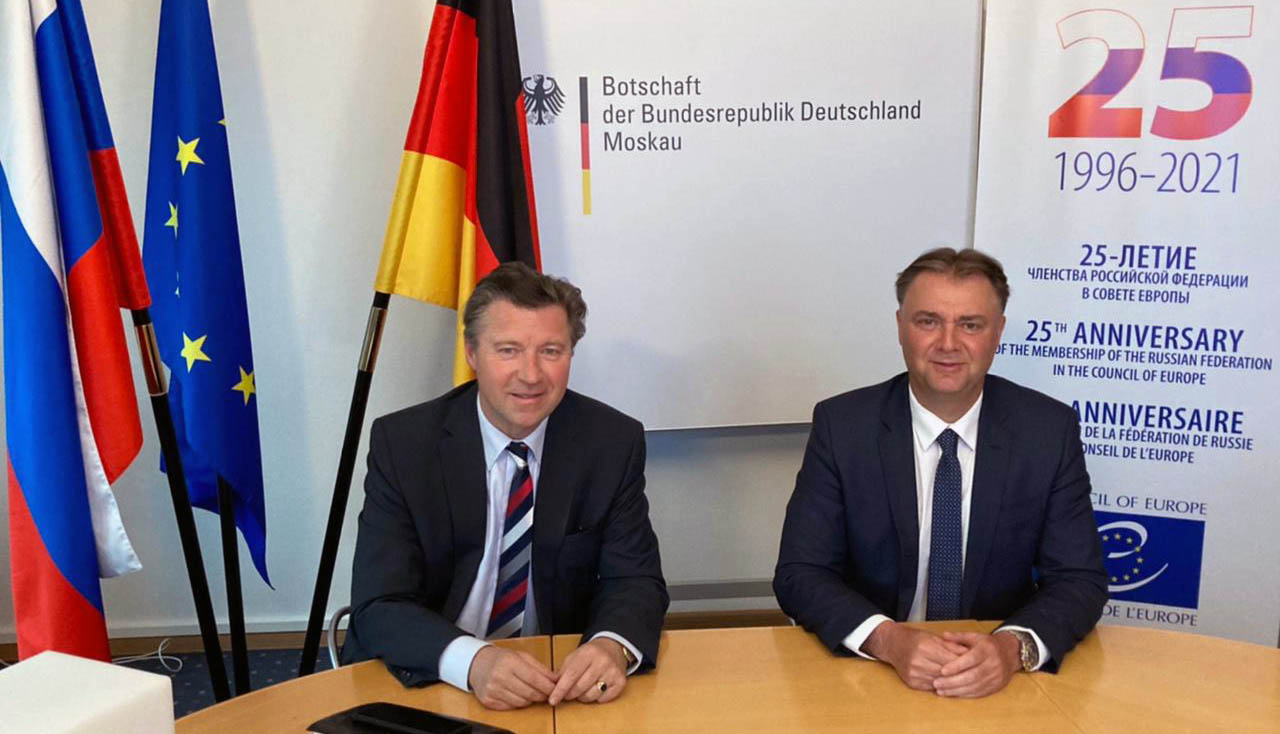 Participants were welcomed by Dr. Géza Andreas von Geyr, German Ambassador to Russia, Mr. Petr Sich, Head of the Programme Office of the Council of Europe in the Russian Federation.

Opening remarks were made Mr. Michael Roth, Minister of State, on behalf of the German Chairmanship and Mrs. Verena Taylor, Director of the Office of the Directorate General of Programmes on behalf of the Council of Europe.

The closing remarks were made by Mr. Petr Sich and Ambassador Dr. Géza Andreas von Geyr.