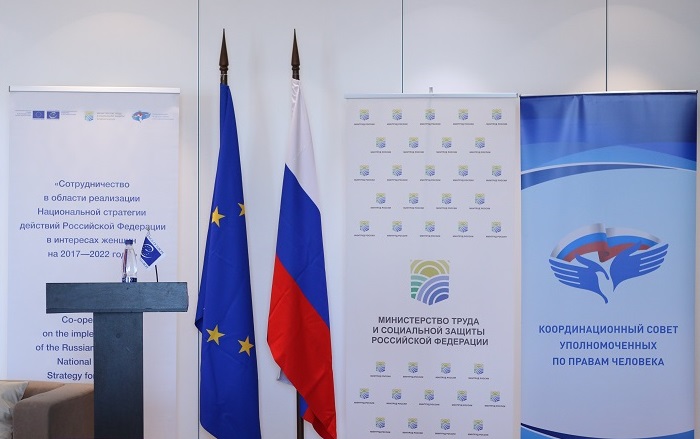 Under the project, a seminar will take place on 18-19 February 2020 in Ekaterinburg. It will look at how actors at regional level can better co-operate to prevent and combat violence against women (VAW) and domestic violence (DV), including situations of social disadvantage. This is a second seminar under the project that will follow up on the results of the first one that took place in April 2019 in Astrakhan.

International experience will be presented by experts from Italy, Spain and United Kingdom.

Working languages: English and Russian (simultaneous interpretation will be provided for the whole duration of the seminar).

The seminar is fully open to media. Information for journalists:

Journalists will have an opportunity to pose questions to the opening session panellists on 18 February from 10:30 until 11:00.

Prior accreditation of media representatives is requested. It is done through the Council of Europe Programme Office in Moscow, contact person for accreditation: Maria BELYAK, Project Assistant (Maria.BELYAK@coe.int , tel. + 7 (495) 775 37 52).

For more information about the Project: https://www.coe.int/ru/web/moscow/co-operation-on-the-implementation-of-the-russian-federation-national-action-strategy-for-women-2017-2022
2020-02-10T03:51:00