International scientific conference «The European Convention for the Protection of Human Rights and Fundamental Freedoms: Problems of implementation in Russian criminal proceedings» and HELP courses launch in Khabarovsk 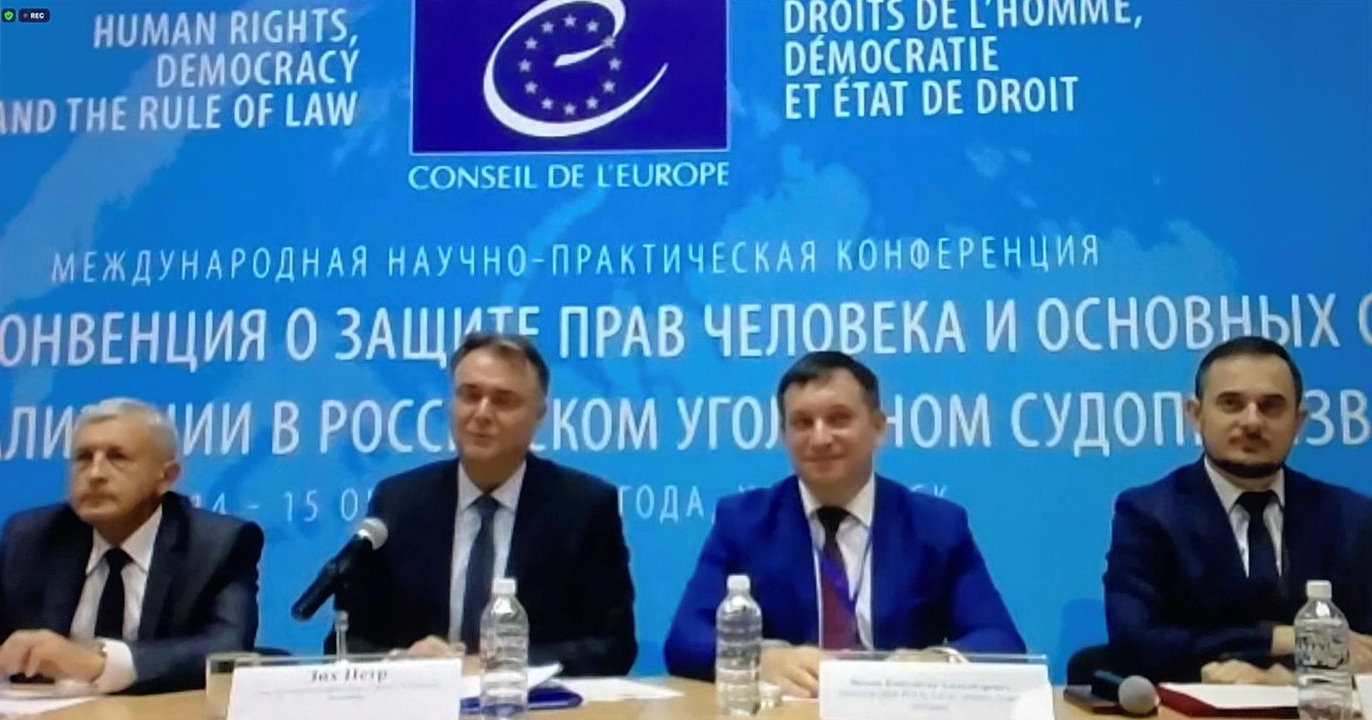 The International scientific conference "The European Convention for the Protection of Human Rights and Fundamental Freedoms: Problems of Implementation in Russian Criminal Procedure", jointly organised by the Council of Europe HELP Project, the Far Eastern Branch of the Russian State University of Justice (RSUJ), with the support of the Khabarovsk Regional Court and the Ombudsperson in the Khabarovsk Region, took place in Khabarovsk on 15 October.

Petr Sich, Head of the Programme Office of the Council of Europe in the Russian Federation, Konstantin Volkov, Director of the Far Eastern Branch of the Russian State University of Justice, Igor Chesnitsky, Ombudsperson in the Khabarovsk Region, and Mikhail Adkin, Deputy Chairman of the Khabarovsk Regional Court, delivered the opening remarks. Representatives of the executive and legislative authorities of Khabarovsk Krai, the European Court of Human Rights, the Directorate-General for Human Rights and the Rule of Law of the Council of Europe and the Russian Ministry of Foreign Affairs also greeted the participants of the conference.

The conference was attended by more than 100 representatives of the judiciary, law enforcement agencies, bar associations as well as academics from various regions of the Russian Federation and relevant higher education institutions, international experts from the Council of Europe. The conference focused on the application of specific ECHR standards in criminal proceedings.

Also, on 14 October, the team of the Council of Europe project HELP in the Russian Federation (III phase) jointly with the Far Eastern branch of the RSUJ organised launches of the HELP courses on Reasoning of Judgements, Right to Liberty and Security as well as Pre-trial Investigation for the participants of the conference.
2021-10-22T05:36:00