On 17 and 18 October 2019, the Conference on “Taking Action to Improve Women’s Participation in Public and Political Decision-Making” was held in Sochi, Krasnodarsky Kray. The Conference was organised within the framework of the joint project “Co-operation on the implementation of the Russian Federation National Action Strategy for Women 2017-2022” of the Council of Europe, Ministry of Labour and Social Protection, High Commissioner for human rights and the Ministry of Interior, funded by the European Union. 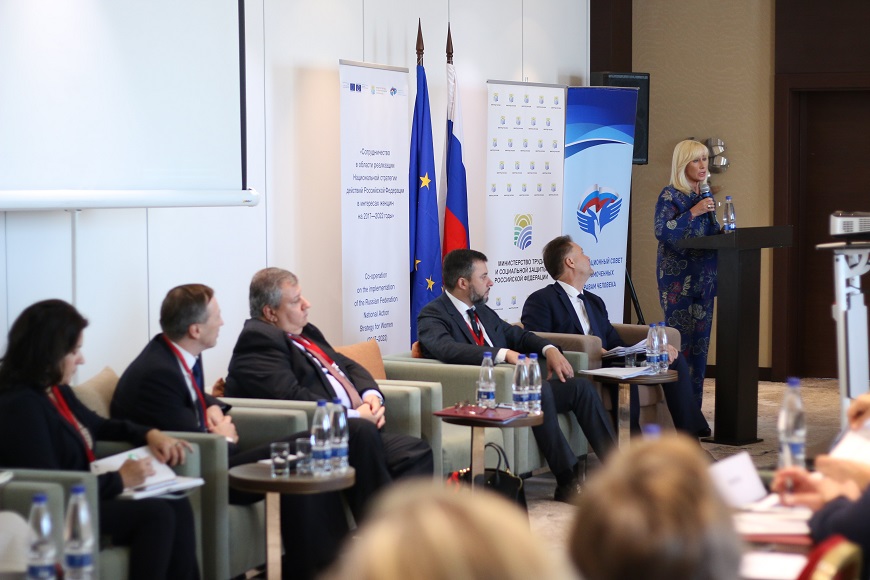 On behalf of the Russian partners the conference was solemnly opened by the First Deputy Minister of Labor and Social Protection Alexey Vovchenko, the Head of Division of the Department of European Cooperation of the Ministry of Foreign Affairs Vladimir Kashin-Padun, State Duma deputy and Deputy Chairman of the Committee for Family, Women and Children Affairs, member of the delegation of the Russian Federation to PACE Oxana Pushkina. 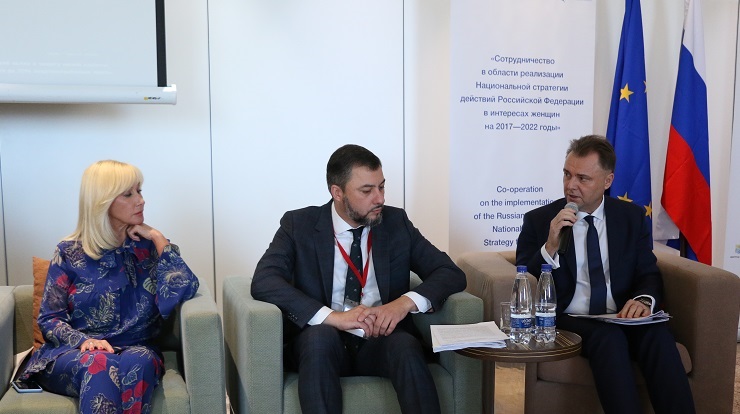 Among other participants the Head of Political Section of the Delegation of the European Union to Russia Jolita Pons, State Duma deputies Natalia Pilyus and Olga Germanova, Deputy Head of the Office of the High Commissioner for Human Rights Mikhail Vinogradov, ombudpersons of the city of Moscow, Volgograd and Sverdlovsk regions, Republic of Tatarstan, Nenetsky autonomous region, representatives of ministries and State bodies of the Russian Federation, NGOs, international and national experts on gender equality and women’s rights took part in the event.

The Conference was aimed at discussing pressing issues of women’s presence and participation in political life in the Russian Federation and international standards and good practices in the field of equal participation of women and men in public and political life and decision making.