10th Anniversary of the Istanbul Convention 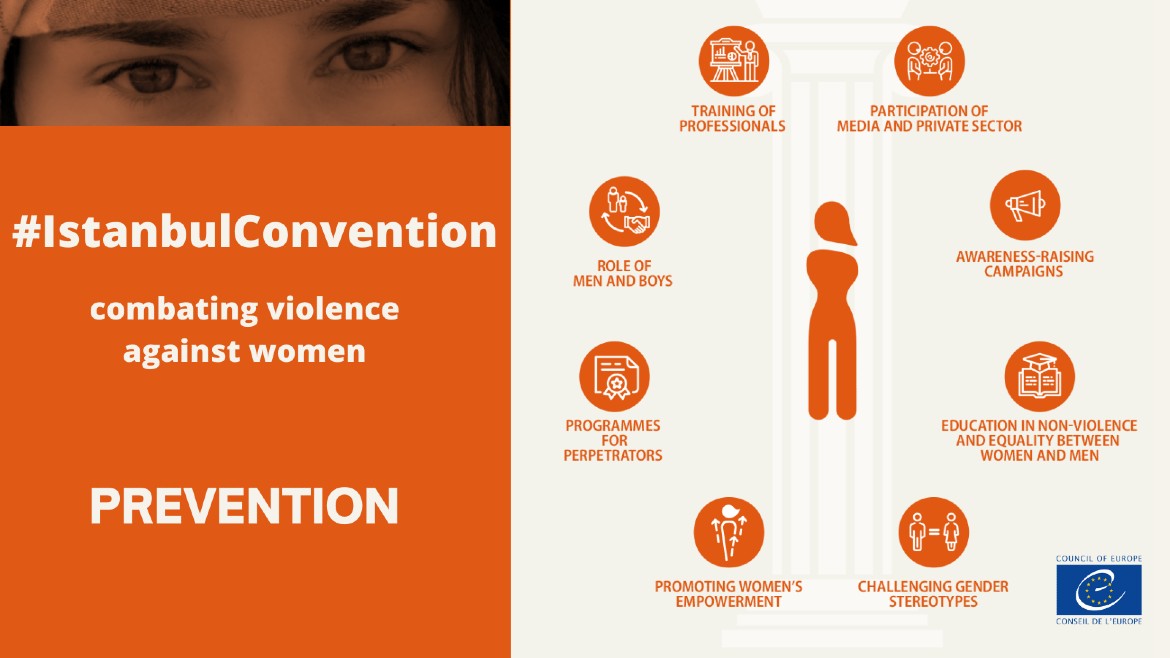 The Council of Europe celebrates the 10th Anniversary of the Convention on preventing and combating violence against women and domestic violence in May this year. The Convention is better known as the Istanbul Convention due to its opening for signature in Istanbul, Turkey, in 2011.

This treaty of the Council of Europe opens the path for creating a legal framework at pan-European level to protect women against all forms of violence, and prevent, prosecute and eliminate violence against women and domestic violence.

The Convention also establishes a specific monitoring mechanism ("GREVIO") in order to ensure effective implementation of its provisions by the Parties.

More details on the Convention at the CoE Treaty Office