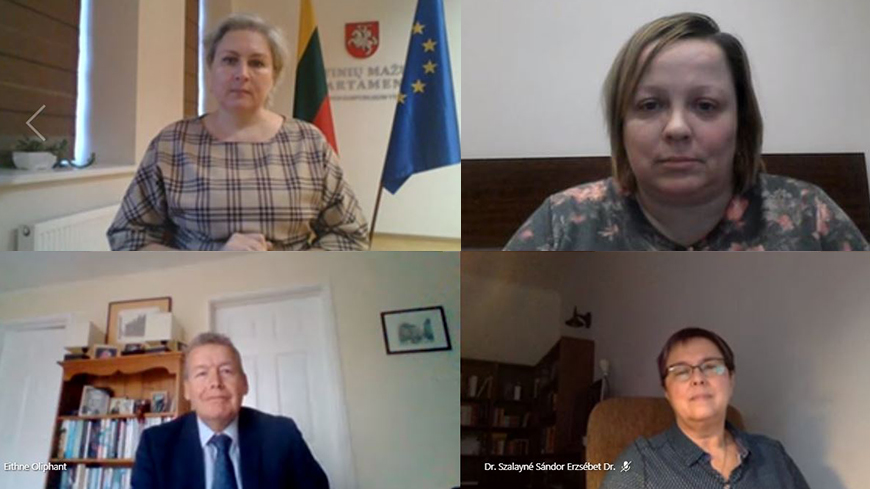 On 17 November, the Department for National Minorities of Lithuania organised a follow-up meeting to discuss the implementation of the Advisory Committee’s 4th cycle recommendations with a broad range of stakeholders. More than 35 representatives of national and local authorities, national minorities, civil society and academia attended the meeting virtually. The discussion focused on the development of a legal framework on national minorities and on a number of issues concerning the Roma minority in Lithuania. The meeting was opened by the Director of the Department for National Minorities, Vida Montvydaitė, and the Executive Secretary of the Secretariat of the Framework Convention, Elise Cornu. The Advisory Committee was represented by two former members who participated in the 2018 monitoring visit to Lithuania, Erszébet Sándor-Szalay and Craig Oliphant. The experts congratulated the Lithuanian authorities on the progress made in the past years and in particular on the development of a new draft law on national minorities in close consultation with minority representatives.