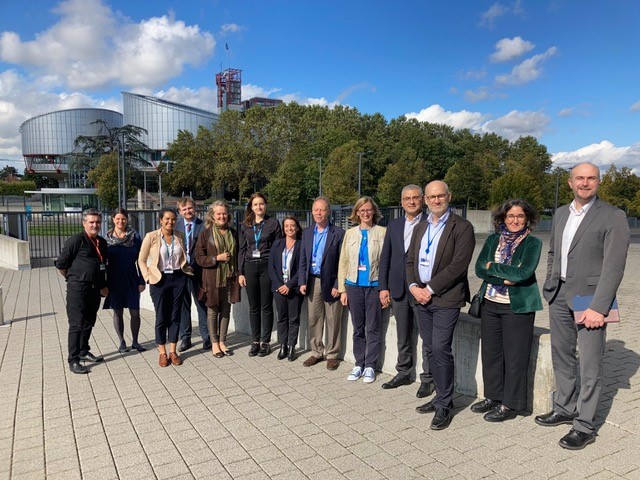 On 4-7 October 2021, the Advisory Committee on the Framework Convention for the Protection of National Minorities held its 72nd plenary meeting in a hybrid mode with part of its members present in Strasbourg and the others joining remotely via videoconference. The Advisory Committee adopted on 4 October its final opinion on the implementation of the Convention by San Marino, which will become public in the beginning of next year once the government comments, if any, received. On 6 October it approved its draft opinion on the implementation of the Convention by Estonia and on 7 October the draft opinion on Germany, both of which will now undergo a confidential dialogue phase with the State parties concerned before being examined again and adopted at the 2022 February plenary session

Furthermore, on 6 October, the Committee held an exchange of views with the OSCE High Commissioner on National Minorities, Kairat Abdrakhmanov. The High Commissioner presented current priorities in his work to prevent conflicts involving national minorities and thanked for the “fruitful and positive co-operation with the Council of Europe in the field of national minority protection”, noting that both institutions complement each other. The President of the Advisory Committee noted common approaches in different fields such as participation of national minorities. She underlined that the Advisory Committee focuses on dialogue between those stakeholders involved in the implementation of the Framework Convention. Therefore, country monitoring visits and subsequent follow-up meetings involving representatives of national minorities and authorities are of particular importance.