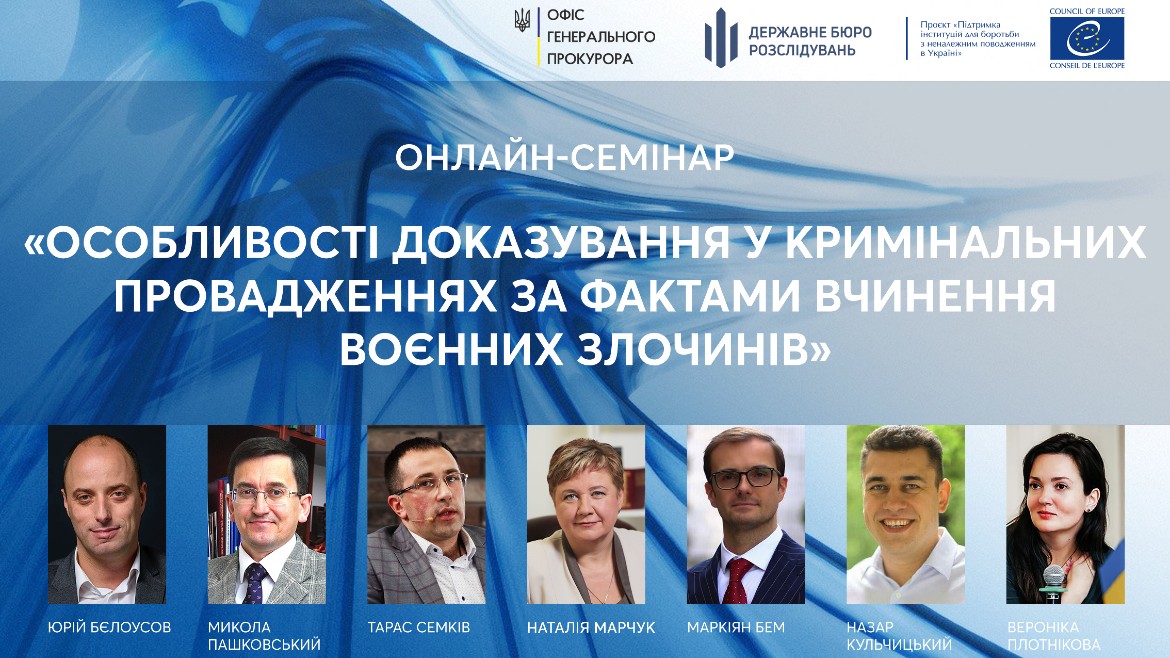 Today's online seminar for prosecutors of the Office of the Prosecutor General (OPG), investigators and operative staff of the State Bureau of Investigation (SBI) focused on the specifics of proving war crimes.

«I urge my colleagues, investigators and prosecutors, to make the most of this opportunity to interact with leading experts in the field of human rights and international humanitarian law, because most of us have professionally encountered the category of war crimes for the first time. Therefore, we have to be in the constant learning process. Mistakes at the stage of investigation and documentation might lead to the loss of important evidence for national and international courts, as well as to a situation when people who commit these terrible crimes would not be brought to justice. War crimes are recorded daily. As of today, we have more than 31,000 war crimes registered in Ukraine. The workload lies with all the bodies of pre-trial investigation. As the Department of War, we work with the Security Service of Ukraine, the National Police, the State Bureau of Investigation, and the National Anti-Corruption Bureau of Ukraine. I hope the cooperation will continue» – stated Yurii Belousov, Head of the Department for Combating Crimes Committed During Armed Conflict of the Office of the Prosecutor General.

Seminar trainers – Council of Europe experts, judge of the Supreme Court, international humanitarian law specialists, representatives of the Department for Combating Crimes Committed During Armed Conflict of the OPG – pursued the following goals:

The event was held within the framework of the Council of Europe project “Supporting Institutions to Combat Ill-Treatment in Ukraine, Phase II” in cooperation with the SBI and OPG.