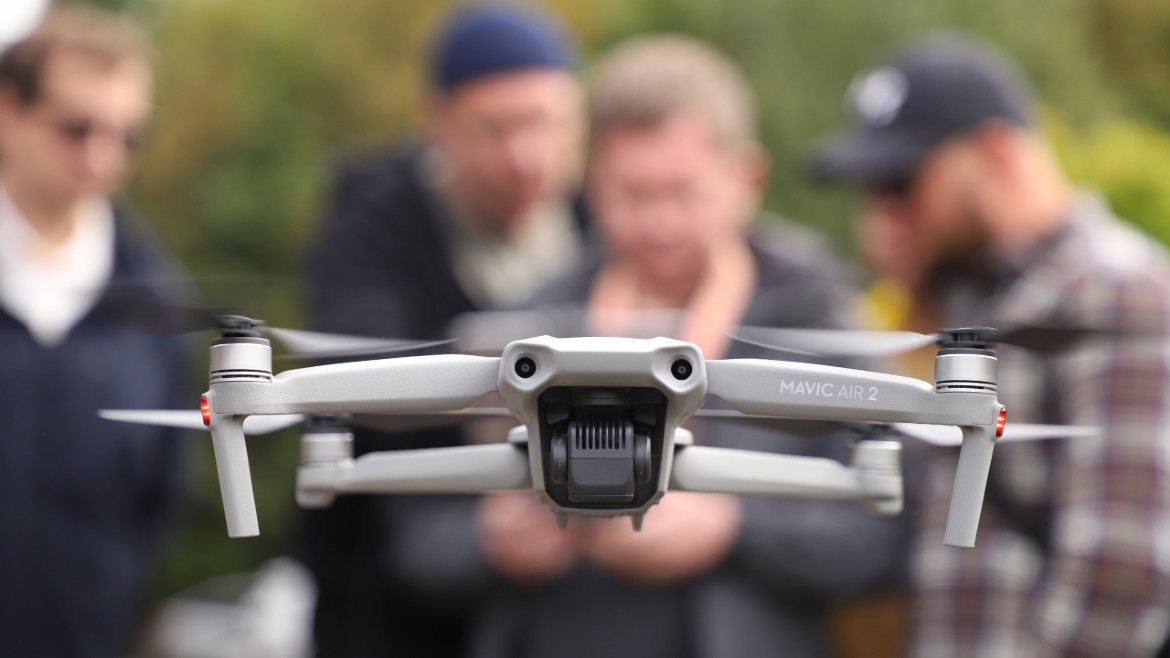 In August – September 2022, 20 investigators and operatives of the State Bureau of Investigation (SBI) underwent practical course on unmanned aerial vehicles (UAVs) operation for evidence collection when investigating gross human rights violations at the time of war in Ukraine.

“The peculiarity of conducting inspections of scenes of mass destruction caused by missile and artillery strikes, of mass killing and graves, fires etc., with the help of unmanned aerial vehicles (quadcopters) is the safe and remote assessment of consequences that were caused by the explosion or fire, other illegal actions, with subsequent documenting of locations where material evidence is detected and collected.

Taking into account the specifics of such scenes, the use of quadcopters for aerial photo-video shooting in dangerous or hard-to-reach areas, on large pieces of territory, becomes a modern technical means of recording trace information. It provides for the members of investigative team to safely perform traditional types of photography, applied when inspecting crime scenes: orienting (panoramic) – intended for documenting the general scene view with reference to the surrounding area and corresponding coordinates; inspective – for documenting the scene itself; nodal – intended for close-up documenting; detailed – for direct documenting of traces.

During the course investigators and operative staff of the State Bureau of Investigation acquired knowledge and skills in basics of aerodynamics and air navigation, aviation meteorology, air law; got acquainted with the regulatory and legal framework for the application of UAVs, design and operation of UAVs of various manufacturers, their technical characteristics and capabilities, particulars of software; participants mastered skills of safe UAV operation and learned to process and use the material collected by UAVs for the benefit of respective criminal proceedings” – Mr. Vitalii Sokolkin, Head of the Department of Criminalistics and Expert Work of the State Bureau of Investigation.

The training took place within the framework of the Council of Europe project “Supporting Institutions to Combat Ill-Treatment in Ukraine, Phase II”, the beneficiary of which is the SBI.