New Group on Diversity in the Workplace Formed in Kirklees 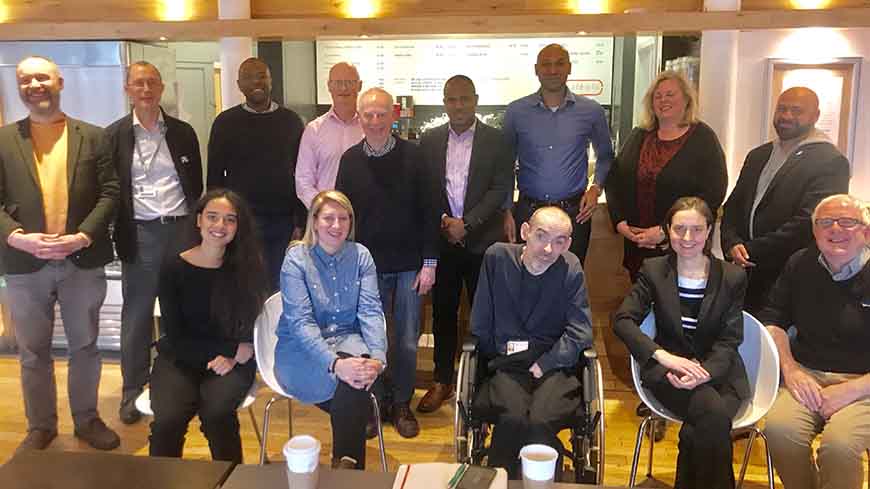 DIVERSITY = INNOVATION is a new group formed by employers and businesses in the Kirklees (UK) district, to focus upon reaping the opportunities of the diversity advantage in the labour market and enterprise.

Founder members include major local private sector companies such as Cummins Turbo Technologies and Syngenta agrochemicals, large public sector employers such as the University of Huddersfield, Kirklees Active Leisure and the Borough Council, along with several SMEs and micro-businesses and trade unions.

At its second meeting the group heard from Kirklees Council officials Ali Amla, Christina Andrew and David Bundy, and locally-based ICC expert Phil Wood, about the Borough’s recent candidacy to join the network. It is hoped diversity advantage in the labour market will become one of Kirklees’ priorities, and that the new group will be able to meet with the Council of Europe expert team when it visits the area in June 2019.

The group has set itself an ambitious agenda for the year. Its first topic is to explore how better gathering and analysis of data can give a clearer understanding of current strengths and weaknesses in the local labour market. There is a particular concern that workers of minority ethnic background are not progressing into senior management roles. It is hoped a better command of data will help to deliver affirmative employment programmes to address these deficiencies. The group is interested in learning from good practice elsewhere, such as the Rating Diversity in Business tool, developed by companies in Denmark under the aegis of ICC.

Other topics include highlighting the role of business leaders in championing diversity; making diversity a priority in the Council’s inward investment and inclusive growth strategies; and helping SMEs to recruit more widely from diverse talent pools.

The group is also passionate about enabling young people to believe they can prosper in the area, rather than to feeling they have to leave for London or elsewhere. There is a need to build closer working relationships between schools, colleges and universities and local employers to enable young people from minority and/or deprived backgrounds to enter and progress in the workforce. The DIVERSITY = INNOVATION group is already planning for a networking event in January 2020 to give local young people an opportunity to meet employers and to build ongoing relationships.