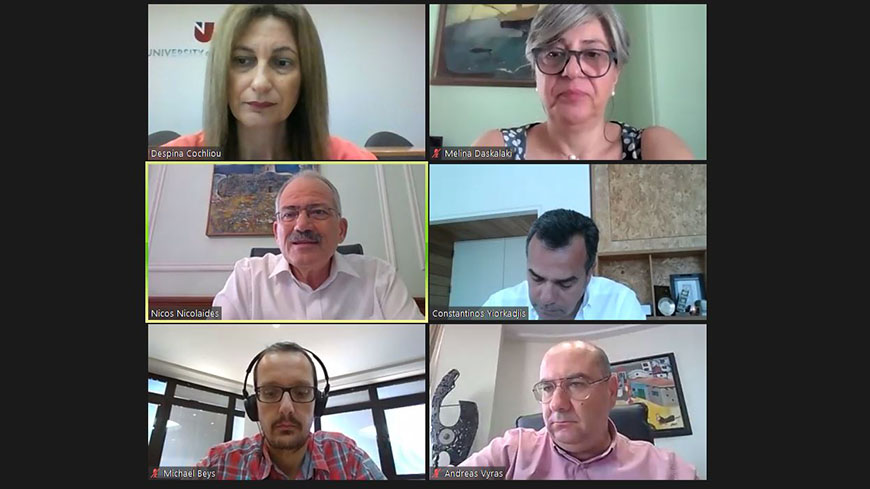 On 26th of June 2020, the Mayor of Limassol, Mr Nicos Nicolaides participated in the online annual conference of the Cyprus national European Migration Network, organized by the Migration Department of the Ministry of Interior of the Republic of Cyprus, under the title "The role of local authorities in social integration of migrants and refugees". The conference also hosted the mayors of two other big cities of Cyprus, Nicosia and Larnaca, as well as the representative of the City of Athens.

Mayor Nicolaides introduced Limassol’s Intercultural Strategy and the city’s participation in the Intercultural Cities network and its activities, one of which is the forthcoming Anti-Rumours Strategy implementation. Among Mayor Nicolaides’ suggestions was the empowerment of local authorities through legislative and budgetary tools, in order to carry out integration policies more effectively. Furthermore, he suggested the creation of Cyprus National Network of Local Authorities for the exchange of good practices and capacity building for inclusive integration policies.