Participatory democracy: an antidote to populism? 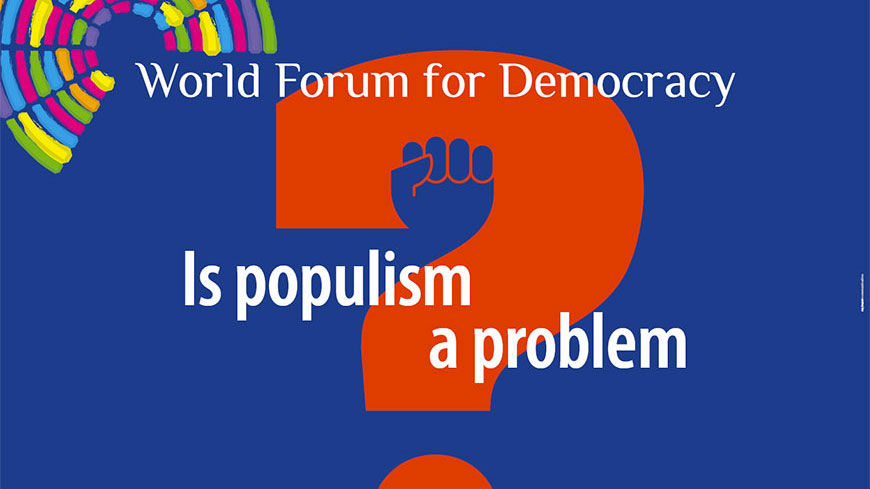 The Conference of INGOs and the Civil Society Division of the Council of Europe are again taking an active role in the World Forum for Democracy:

7 November: Side event on civil participation and decision making: The Bulgarian School of Politics “Dimitry Panitza” and the Civil Society Division are organising a side event to the Forum. The event is a simulation exercise based on the recent Guidelines for civil participation in political decision-making adopted by the Committee of Ministers of the Council of Europe. The participants will work on a case study developed specially for the occasion. The topic is any issue of public interest which requires the involvement of individuals, non-governmental organisations (NGOs) and civil society at large. The participants are alumni of the schools of politics, representatives of NGOs and young activists selected by the Youth Department of the Council of Europe.

9 November, 11.00-13.00 - Room 1: Lab on "Participatory democracy: an antidote to populism?" Organised by the Conference of INGOs, this lab will look into examples of participatory democracy to identify the best ways to involve citizens in political decision-making processes and will highlight initiatives from Argentina, France and Ireland. The outcome of the simulation exercise implemented by the Bulgarian School of Politics will be presented during this session.

9 November 2017 - 14.30-18.00 -  Blue Restaurant, Palais de l’Europe: Networking session: “Antidotes to populism: connecting people and politics” The Conference of INGOs is participating in this networking session which will enable participants to share experiences, projects and ideas to create an action plan to strengthen democratic participation as an antidote to authoritarian populism. It is also a chance to work more closely and make connections with other participants.