Visit of the Conference of INGOs to Italy 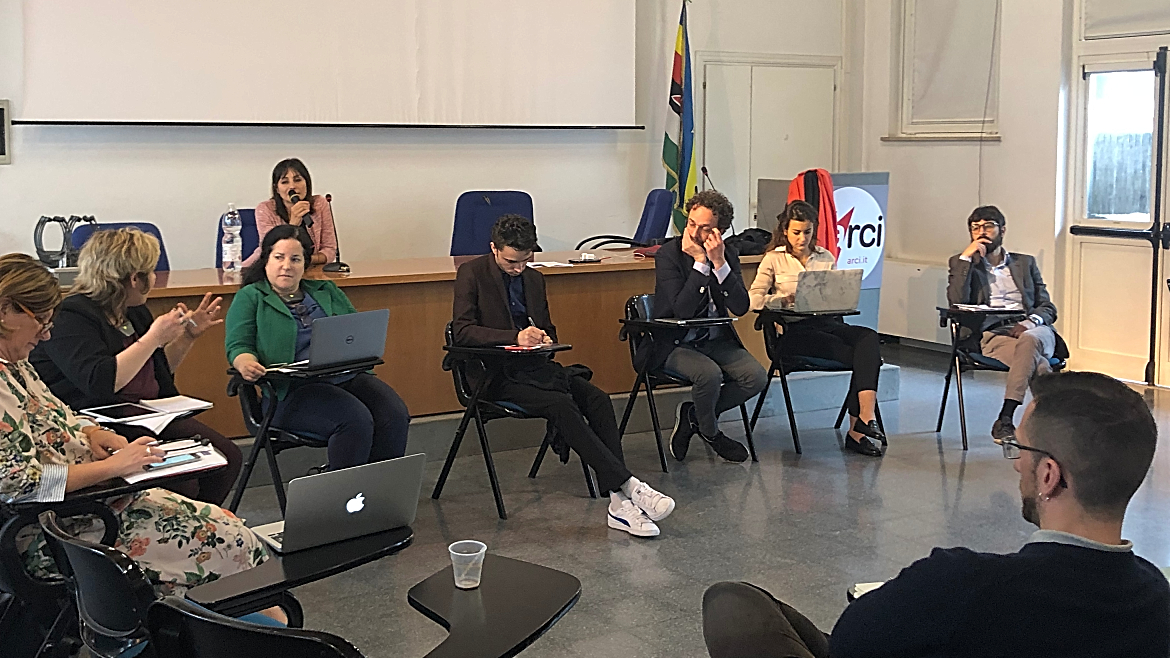 From 27 to 30 May, the delegation of the Conference of INGOs of the Council of Europe carried out a fact-finding visit on the participation of NGOs in the decision-making process in different sectors of politics and public affairs in Italy.

The visit was co-organized with CILD, the Italian Coalition for Civil Liberties and Rights (Coalizione Italiana para le Liberta e i Diritti civili) with the help of the Permanent Representation of Italy to the Council of Europe.

The first day was devoted to an exchange with civil society. The delegation met with NGOs working on the protection of human rights in the context of migration and the penitentiary system, NGOs helping victims of domestic violence and protecting women's rights, NGOs focusing on access to rights of the Roma population, freedom of conscience and religion and the fight against corruption. During the same day, another meeting was organized with NGOs providing social services to the vulnerable population, refugees and asylum seekers.

The second day was devoted to meetings with public authorities. The delegation had an exchange of views with parliamentarians, led by the Italian delegation of the Parliamentary Assembly of the Council of Europe. The delegation also met the President of the Human Rights Commission of the Senate. On the government side, the members of the delegation had the pleasure of meeting representatives of the Department of Public Administration and the Department of Equal Opportunities under the Presidency of the Council of Ministers. At this last meeting, the National Office against Racial Discrimination presented the measures taken to prevent any form of discrimination. Still focusing on the interactions between authorities and NGOs, the delegation continued meetings with the Ministry of Justice and the Ministry of Labour and Social Policies. The meeting with the National Authority for Persons Deprived of Liberty was very instructive in the context of the absence of an Independent Human Rights Institution in Italy. The visit concluded with a debriefing between the President of the Conference of INGOs and representatives of the Interministerial Committee for Human Rights of the Ministry of Foreign Affairs.

The delegation would like to thank CILD and all the institutions and organisations that participated in the meetings and opened their doors to them. A report on the visit will be presented during the autumn session of the Conference of INGOs, after transmitting it to the Italian Government for comments.
2019-07-11T12:23:00