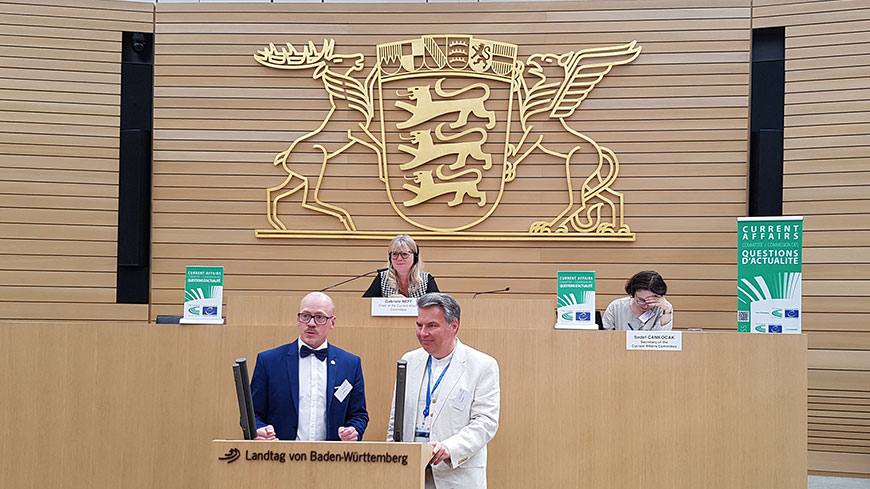 Ten years ago, the Conference of INGOs adopted the Code of Good Practice for Civil Participation in Decision-Making and the Strategy for its Implementation and its Promotion.

Following the recommendation of the Secretary General, Thorbjørn Jagland, formulated in his 2015 Report, the European Committee on Democracy and Governance with the Conference of INGOs of the Council of Europe worked together to develop new Guidelines on civil participation in political decisions-making. Their adoption in September 2017 by the Committee of Ministers has advanced international standards, guiding the practices of public authorities at all levels of governance.

In the light of this new development and the Recommendation 385 adopted by the Congress in 2015 entitled "Foresting active citizenship by building partnerships with civil society", the Conference of INGOs decided to revise the Code of Good Practice. To do this, the President asked the Congress of Local and Regional Authorities to set up a joint drafting group to update the Code. This joint group worked since 2018 under coordination of Gerhard Ermischer, Vice-Chair of the Democracy, Social Cohesion and Global Issues Committee.The Standing Committee of the Conference of INGOs adopted the revised version of the Code at its meeting of 24 June 2019. The updated version of the Code will be proposed for adoption by the Conference of INGOs and for adoption by the Congress of Local and Regional Authorities during their respective sessions in October 2019.

On 28 June 2019, the Congress Current Affairs Committee, meeting in Stuttgart in the Landtag (State Parliament) of Baden-Württemberg, approved the revised version of the Code of Good Practice and recommended its adoption by the Plenary of the Congress in October. On this occasion, Gerhard Ermischer was invited to exchange views with the Committee. There is a strong commitment from both pillars of the CoE to make the joint launch of the revised Code. It marks the beginning of a vivid co-operation to create a practical tool-kit in a common effort as a living tool for NGOs as well as local and regional governments to improve participative processes.