The release of Carole Racket - a victory for humanity! 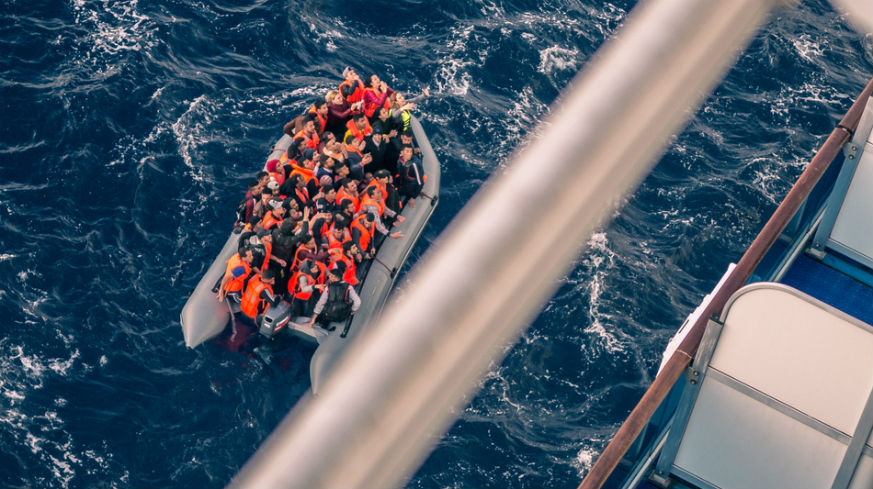 The situation on the Mediterranean Sea is getting worse, despite the warnings of human rights defenders and despite the recommendations of the Council of Europe Commissioner for Human Rights who criticizes the approach “much too focused on preventing refugees and migrants from reaching European shores, and too little on the humanitarian and human rights aspects”.

The lack of a systemic and sustainable solution, the lack of solidarity with the States concerned by the arrival of migrants across the Mediterranean (Greece, Spain, Italy), restrictive measures implemented towards civil society, acting within the limits of humanitarian law and international maritime law, lead many citizens to organize a rescue at sea, fulfill their ethical duty, proceeding by civil disobedience, risking their lives and freedom.

The courage shown by Carola Racket, captain of the last Sea Watch boat that docked at Lampedusa, has once again awakened public opinion and parliamentarians across Europe. We cannot remain indifferent to this new disaster that continues to transform the Mediterranean Sea into a cemetery.

In April 2019, solidarity and indignation were shown at the event organized at the Palais de l'Europe by the Conference of INGOs Task Force - Migration, sponsored by the Council of Europe Parliamentary Assembly Committee on Migration and Refugees and Displaced Persons. The many participants "called on the governments concerned and on the European Union to take steps to ensure that the complex problems of migration no longer lead to the criminalization of those who assist people in distress".

Faced with these new cases of "crime of solidarity", the Task Force of the Conference of INGOs calls for respect for the rule of law and calls for the dropping of the charges against Pia Klep, captain of  Sea Watch 3, accused by the Italian justice of complicity in illegal immigration between 2016 and 2017.

Both national authorities and intergovernmental institutions should remember that "civilizational" progress is only possible through the participation of civil society and the commitment of the population to Human Rights, Democracy and Rule of Law. This is the time to demonstrate it, by agreeing on a common and effective response for a management of the reception of migrants, which takes as a compass the dignity of the human being.