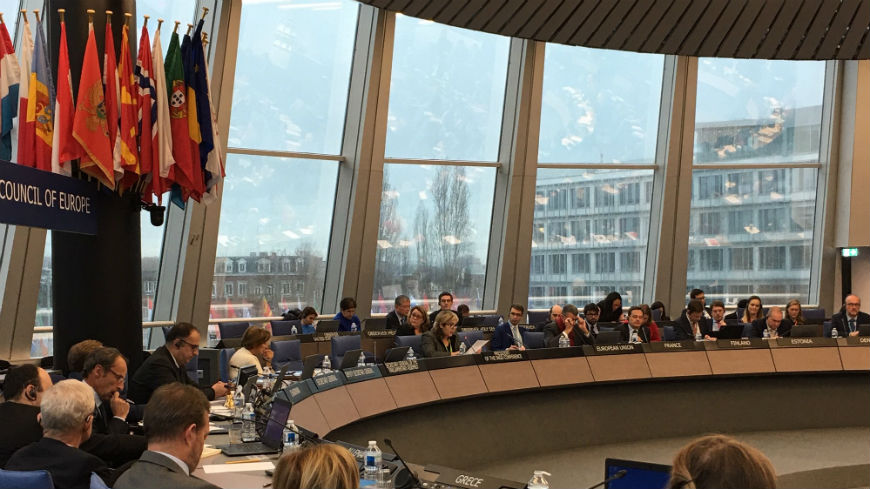 The President of the Conference of INGOs of the Council of Europe had her an annual exchange of views with the Committee of Ministers' Deputies today in Strasbourg. She highlighted the transversal dimensions of the work led by the Conference of INGOs:  civic space, participation in decision-making processes in the member States, youth, the Istanbul Convention,  gender equality and access to social rights. The President thanked all Permanent Representations for their support for particular events during the two last sessions of the Conference of INGOs and also those who had participated in a sustained dialogue with the INGO Conference as part of the follow-up to the fact-finding visits to the United Kingdom, Romania, Italy and Armenia.

The President made three general recommendations to the Committee of Ministers for the effective implementation of the decision taken at ministerial level in Helsinki regarding the need to strengthen the protection and promotion of civil society space in Europe. She also informed the Deputies about upcoming projects which could be considered as a follow-up to the Helsinki decision. Among others, she highlighted the joint project with the Directorate General of Democracy, entitled "Strengthening freedom of association in Council of Europe member states", open to voluntary contributions (PMM - project VC 1797) from all member States. The President thanked Georgia for its voluntary contribution to this project.

The Ministers' Deputies also took note of information on the next two fact-finding visits to be held in the first half of 2020 to Bosnia and Herzegovina and Turkey. The President shared her satisfaction that the latest amendments to the Law on Associations in Turkey had been withdrawn. She nevertheless expressed her deep concern over the Attorney General's opinion which called for the condemnation of 6 of the 11 human rights' defenders released from prison last year. She asked for their entire acquittal.