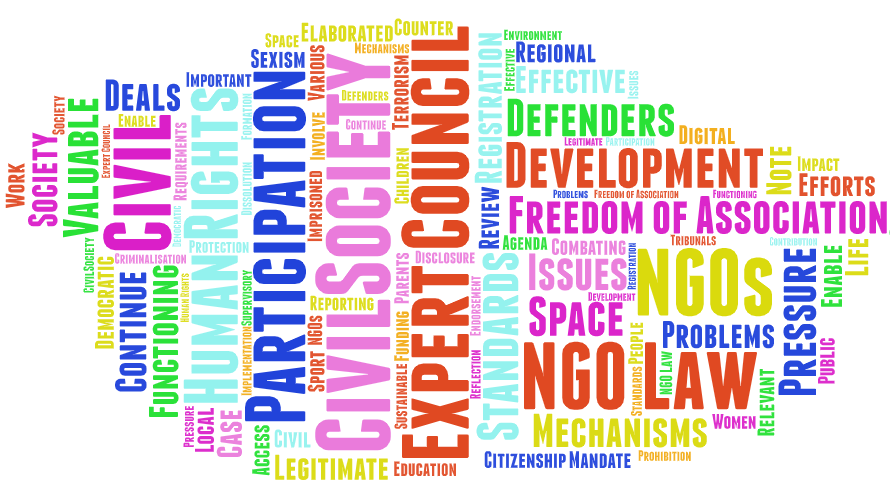 The Expert Council on NGO Law of the Conference of INGOs is publishing a review on developments relating to non-governmental organisations’ standards, the work of various mechanisms and case law between 30 September 2017 and 31 December 2019.

The developments relating to standards involve the elaboration of standards relating to access to court, children with imprisoned parents, combating sexism, digital citizenship, education, participation in local public life, sport and terrorism. They also include the important clarification or rehearsal of requirements relating to civil society space, funding, the protection of human rights defenders and reporting and disclosure requirements.

The issues addressed by the mechanisms are concerned particularly with issues affecting civil society space (which is undergoing ever increasing pressure, partly attributable to efforts to counter terrorism, the impact of which on non-governmental organisations is not always taken into account), the criminalisation of some of their legitimate activities, the problems faced by human rights defenders (both in general but also those dealing with the environment, people on the move and human rights defenders who are women) and the contribution that non-governmental organisations can make to the 2030 Agenda for Sustainable Development.

The case law developments relate to: the concept of association; formation; re-registration; prohibition; and dissolution.