Following the debate on the "Istanbul Convention - challenges in its implementation"

Communiqué by the Conference of INGOs
Strasbourg 11 April 2019 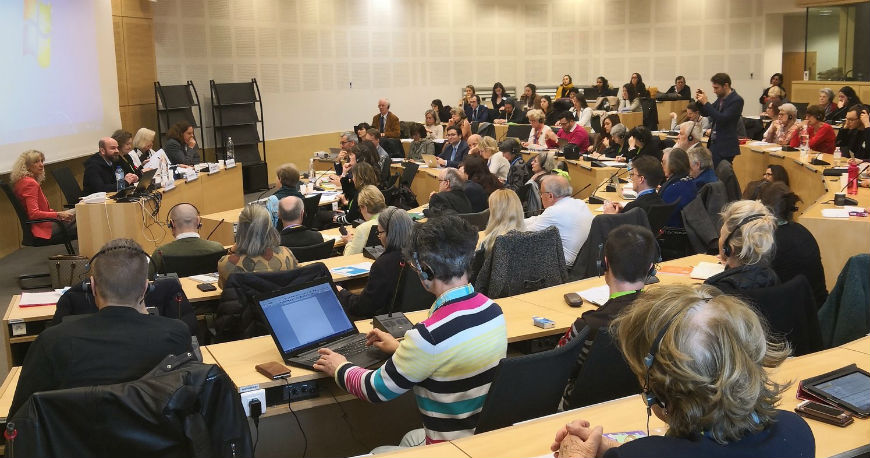 The European Convention on Human Rights, the European Social Charter and the Convention on Preventing and Combating Violence against Women and Domestic Violence, which is based on the United Nations Convention on the Elimination of All Forms of Discrimination against Women and other texts, should have allowed de facto and de jure equality between women and men. However, despite the efforts of the Council of Europe, most recently with the Strategy for Equality between Women and Men (2018-2023) and Recommendation CM/Rec(2019)1 to prevent and combat sexism, this objective has not been achieved by any member State while even severe regression appears, in some States, in family policies, sexual and reproductive rights.

Faced with contemporary challenges such as climate change, artificial intelligence, the persistence of stereotypes in all aspects of private or public life, and more, proposals to preserve the rights of women and girls are not sufficiently taken into account. The Conference of INGOs urges Member States to faithfully apply the texts they generally adopt unanimously within the Council of Europe. The credibility of the women and men who govern these States depends on effective action to respect these commitments.