Declaration on the situation in Northeast Syria 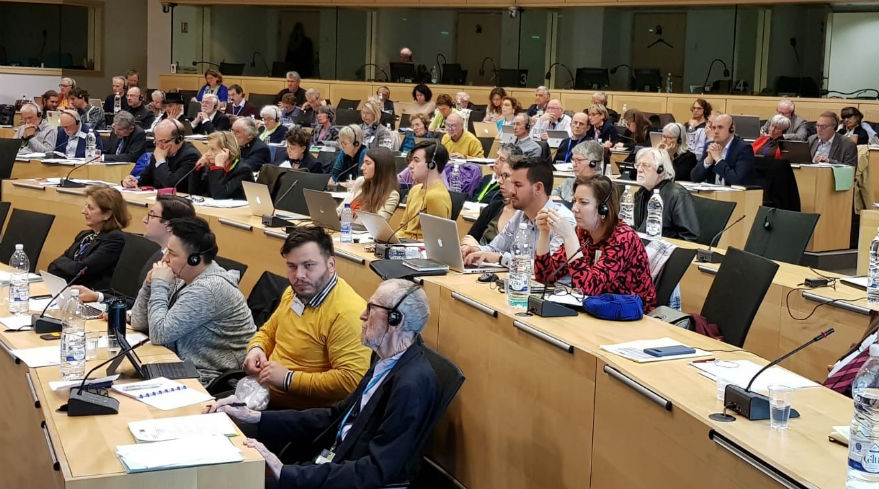 The Human Rights Committee of the Conference of INGOs, meeting in Strasbourg on 28 October, opened with a minute of silence in memory of Hervin Khalaf, co-leader of the Syria Future Party, killed in an ambush on 12 October.  The Committee adopted the following declaration on the situation in Northeast Syria:

The representatives of INGOs with participatory status with the Council of Europe present at the Human Rights Committee meeting on 28 October 2019 declare:

We are outraged to note that Turkey, a Council of Europe (CoE) member State, and for many a NATO partner, has launched an invasion (Operation Peace Spring) in Northeast Syria, aiming "to prevent the creation of a terror corridor across the southern border, and to bring peace to the area" by creating a 32km (20-mile) deep "safe zone" running for 480km (300 miles) along the Syrian side of the border.

It is the observation of the Human Rights Committee that the so-called terror corridor was in fact an area where Kurds (the People's Protection Units (YPG)) - who helped to defeat Daesh - in alliance with local Arab militias called the Syrian Democratic Forces (SDF) had developed an area where the Rule of Law, Democracy and Human Rights were observed. An area where all minorities were cooperating with the public authorities and where gender equality was a basic feature.

We note further that, when the Turkish offensive began, the UN said the potentially affected area was home to 2.2 million people, including 1.3 million in need of humanitarian assistance, and two government-controlled cities where 450,000 people live - Qamishli and Hassakeh.

Furthermore, we understood that Turkey also aimed to resettle, in the zone, up to two million of the 3.6 million Syrian refugees it is hosting.

Turkey as a Council of Europe member State and the United-States, as an observer State, should not be involved - either actively or passively - in ethnic cleansing and mass displacement of people, by, for example relocating refugee camps to the current disputed zone with the clear intention to disadvantage the Kurds present in their claims regarding land and autonomy.

The INGOs reiterate that the ECHR is applicable everywhere where a member State has jurisdiction (de jure and the facto). This includes territories which Turkey effectively now controls.