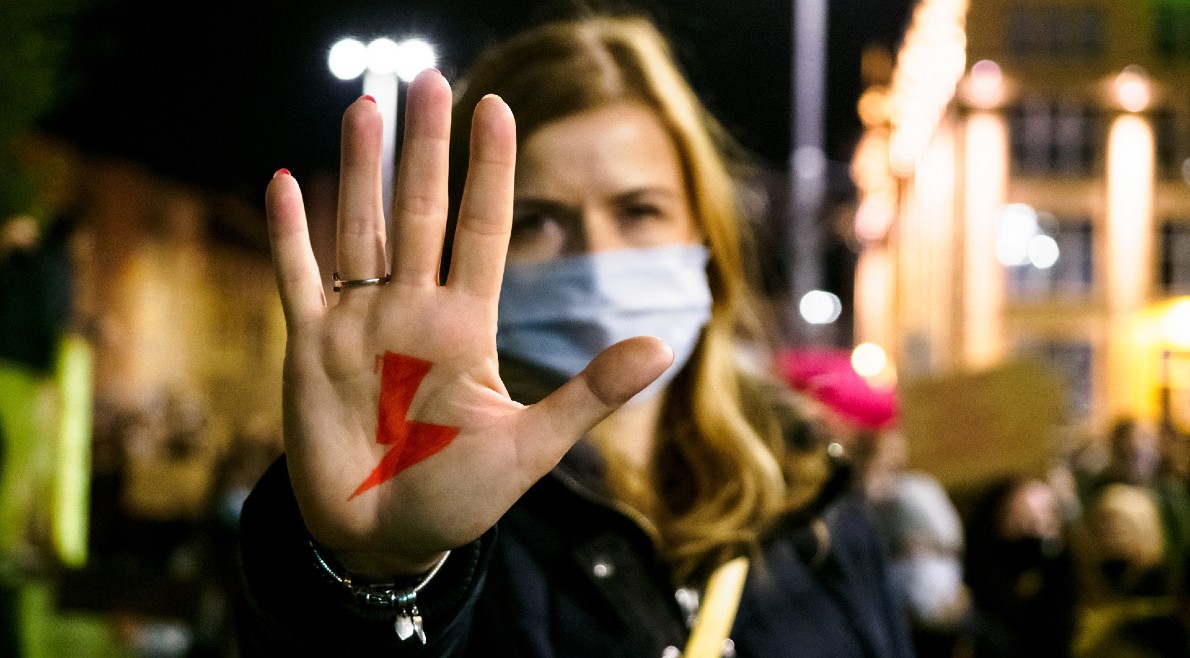 On October 22, 2020, the Constitutional Court of the Republic of Poland declared that the law of January 7, 1993 on “family planning, the protection of the human foetus and the conditions for carrying out the termination of pregnancy” [1] is contrary to the Constitution. This passage through the judicial process ordered by the authorities is part of the very controversial judicial reforms. The Constitutional Court by its decision prohibits any recourse to the termination of pregnancy even in the event of a serious malformation of the foetus.

It is important to underline that the law of 1993 constituted in Poland an understanding between several political forces present on the political scene of the time. Amendments to this law were proposed several times (leading to a 2016 national strike) but were rejected by parliament, out of respect for political pluralism.

However, on July 16, 2020, a law passed by the Lower House of the Polish Parliament on the medical professions reinforced conscientious objection in this matter, "seriously limiting the possibility for women and girls to exercise their rights and sexual health ”as stated by the Council of Europe Commissioner for Human Rights[2].

The massive protests that are mobilizing people of all generations, including youth, crossing Poland today speak for themselves. Many persons are braving the risks associated with the pandemic to claim the rights in question.

In addition, at the initiative of President Trump's administration, on October 22, 2020, 32 countries decided to sign the "Geneva Consensus Declaration" formalizing their opposition to the voluntary termination of pregnancy, contrary to many international commitments[3]. Poland and Hungary are signatories of the appeal with many countries like Belarus, Brazil, Egypt, Saudi Arabia, Libya, Sudan, Iraq, United States etc[4].

The Standing Committee of the Conference of INGOs shares the concerns of the Council of Europe Commissioner for Human Rights and recalls that there can be no restriction on reproductive rights[5], including abortions. All women should have access to competent health services that guarantee their sexual and reproductive rights. Criminalizing abortion does not reduce their number. These acts will take place under conditions that endanger the life of the woman. The poorest women will be the most affected, since others will be able to obtain abortions in other countries.

The Standing Committee of the Conference of INGOs opposes any politicization of this right. No state authorities can enact such interference in the human rights of women.

All people in Poland and in all member States of the Council of Europe and on beyond have to enjoy the right to health in their country[6].

All women deserve a legal framework equal with their contribution to democracy and the rule of law in Poland and in Europe.

[2] The Commissioner urges president of Poland to veto the amendments to the medical professions act 22/07/2020.

[4] Us signs anti-abortion declaration with group of largely authoritarian governments. The Guardian 2020/10/22.

[6] Decision of the merits of the European Committee of Social Rights (10-9-2013) regarding the collective complaint of the International Planned Parenthood Federation-European Network (IPPF-EN) v. italy, no. 87/2012. http://hudoc.esc.coe.int/eng/?i=cc-87-2012-assessment-en