Over 40 project stakeholders from the Eastern Partnership engaged in key project discussions on combating discrimination, hate speech and hate crimes 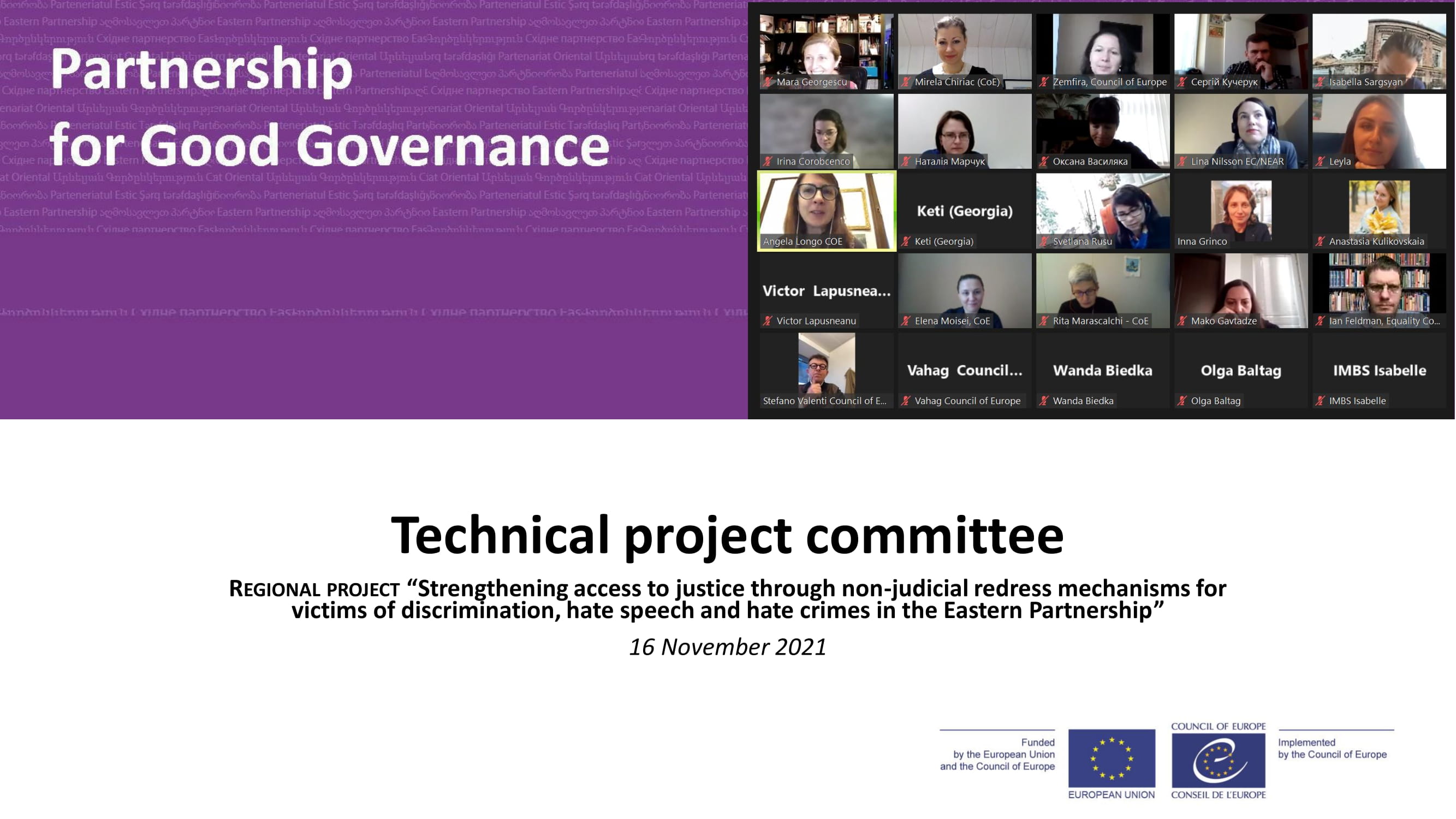 On 16 November 2021 the third Technical Project Committee meeting of the EU – Council of Europe project “Strengthening access to justice for victims of discrimination, hate crime and hate speech in the Eastern Partnership” was held with the aim to discuss the project result, challenges and plans for the future of the project in the framework of extension until August 2022, as well as the needs to be taken into consideration for future actions in the field of equality and non-discrimination.

The meeting was a very good occasion to re-engage all project stakeholders, ranging from equality bodies/Ombudsoffices, other public institutions, civil society organisations, EU representatives from DG NEAR and the EU Delegations in the region, Ministries of Foreign Affairs, and Council of Europe representatives from the Field Offices.

During the event, the project team presented the main project outcomes since the last meeting in September 2020, but also to discuss in an extended format with the project stakeholders about the achievements, challenges and priorities for the implementation of the project until August 2022.

Meeting attendants appreciated the constant work, flexibility and openness of the project in addressing the subjects of equality and non-discrimination, under the project four pillars, namely legislative support, capacity and institutional building, awareness raising and enhancement of civil society, and combating hate speech through comprehensive strategies.

In the second part of the meeting, the attendants provided their feedback on the activities planned by the project in the framework of extension until August 2022 of the PGG II, but also encouraged the continuation of this types of projects in the long run, given the needs to sustain the fight against discrimination, hate speech and hate crimes.