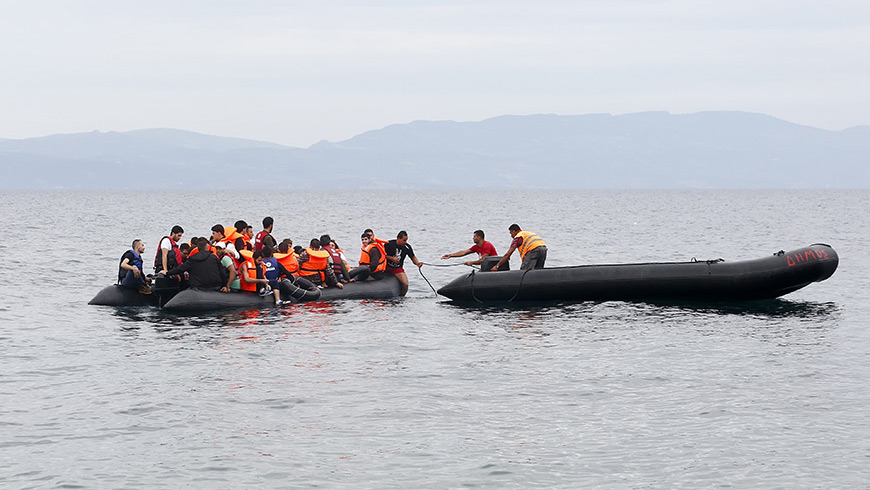 The jury of the Council of Europe Raoul Wallenberg Prize has awarded the 2016 Prize to Agkalia, a Greek association acting on the island of Lesvos, for its outstanding achievements in providing frontline assistance to thousands of refugees irrespective of their origin and religion.

As the Greek island of Lesvos has become a European gateway for refugees, Agkalia has been providing temporary shelter, food, water and medical aid to people in need, assisting some 17.000 refugees and migrants since May 2015. Agkalia’s activities furthermore promote tolerance through awareness-raising, fighting against racism and discrimination of any kind.

Founded by Father Efstratios (“Papa-Stratis”), who passed away in September 2015, Agkalia has continued to gain steady support as its devoted associates pursue the Father’s endeavour.

“As a small and flexible local organisation based on volunteers, Agkalia sets a leading example of effective action by European civil society on a burning global issue”, stated Secretary General Thorbjørn Jagland, announcing the jury’s decision. “Agkalia’s activities reflect the fundamental values of the Council of Europe and contribute to its combat for human rights in Europe and beyond,” he added.

The award ceremony of the prize – which amounts to 10.000 euros, will take place on 13 January 2016 at the Council of Europe headquarters in Strasbourg.

The Council of Europe Raoul Wallenberg Prize was established in 2012 at the initiative of the Swedish Government and the Hungarian Parliament. It will be awarded for the second time in 2016.