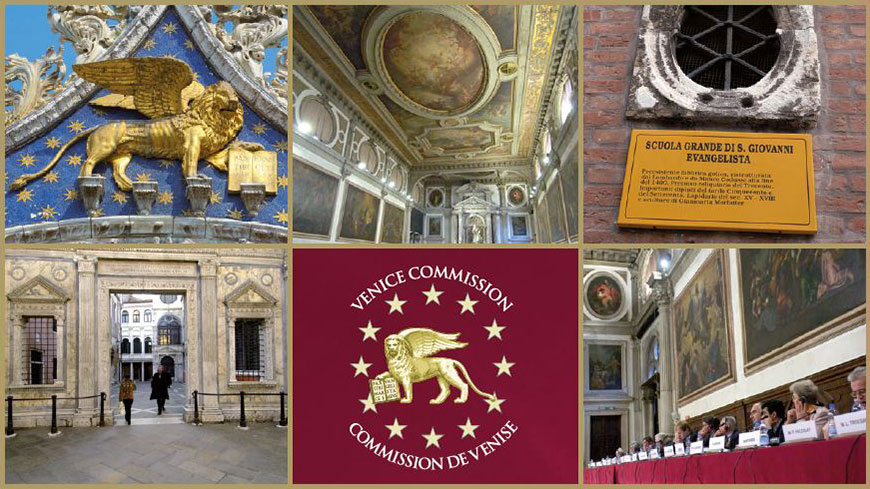 The Venice Commission is adopting a number of opinions through a written procedure on 18-19 June, in a replacement of the meeting of 123rd plenary session in Venice, that will not take place due to the continued COVID-19 concerns.

The following opinions are to be adopted by a written procedure:

The Commission also adopts the Amicus curiae brief for the Constitutional Court of Armenia relating to Article 300.1 of the Criminal Code, and take note of the report on “Respect for Democracy, Human Rights and the Rule of Law during states of emergency - Reflections”.

The opinions will be published after their adoption at this Venice Commission web page.

*All reference to Kosovo, whether to the territory, institutions or population, in this text shall be understood in full compliance with United Nations Security Council Resolution 1244 and without prejudice to the status of Kosovo