Official visit to Azerbaijan focuses on execution of ECHR judgments 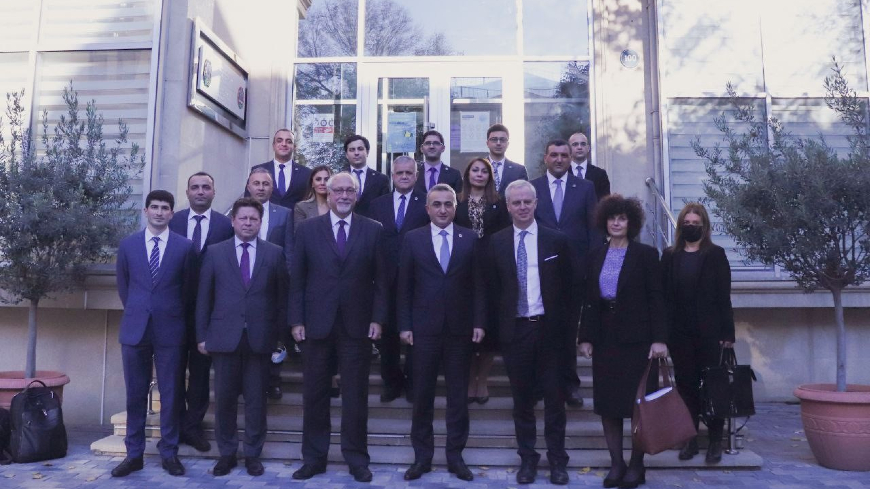 From 27 to 28 October a delegation of DGI, headed by the Director General, paid an official visit to Baku, Azerbaijan.

The meetings focused on the execution of judgments of the European Court in respect of Azerbaijan, in particular on certain cases under the enhanced supervision of the Committee of Ministers: the Mammadli group concerning arrests and detentions of applicants which the European Court found to constitute a misuse of criminal law, intended to punish and silence them; the Muradova group, concerning lack of effective investigations into death and ill-treatment; the Mahmudov and Agazade group concerning criminal proceedings initiated against applicant journalists on account of defamation, insult, terrorism, and incitement to violence and hatred; the Namazov group concerning disbarment of members of the Bar Association as a result of disciplinary proceedings; and the Sargsyan case concerning a person displaced from his home and property in 1992 during the Nagorno-Karabakh conflict.