Council of Europe at the Ministerial Ukraine Accountability Conference 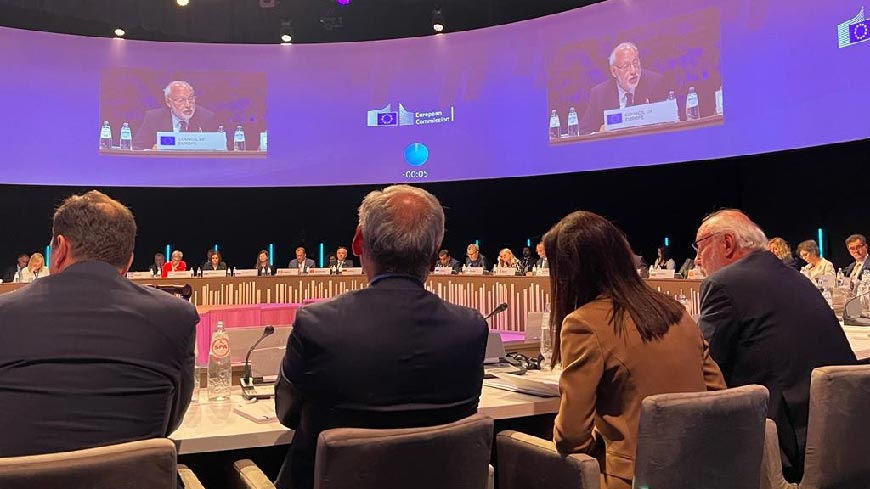 © Government of the Netherlands, Ministry of Foreign Affairs

The Council of Europe was represented at the Ministerial Ukraine Accountability Conference in The Hague on 14 July by the Director General of Human Rights and Rule of Law, Christos Giakoumopoulos. The Conference was hosted by the Minister of Foreign Affairs of the Netherlands, the Prosecutor of the International Criminal Court and the EU Commissioner for Justice.

In his presentation, Mr Giakoumopoulos highlighted the different ways in which the Council of Europe provides support to Ukraine in line with its standards, including on the effective investigation of crimes and the continued functioning of the judiciary in times of war.

He affirmed the commitment of the Council of Europe, within its clear mandate, to actively participate in future co-ordination work of all relevant actors in the field.