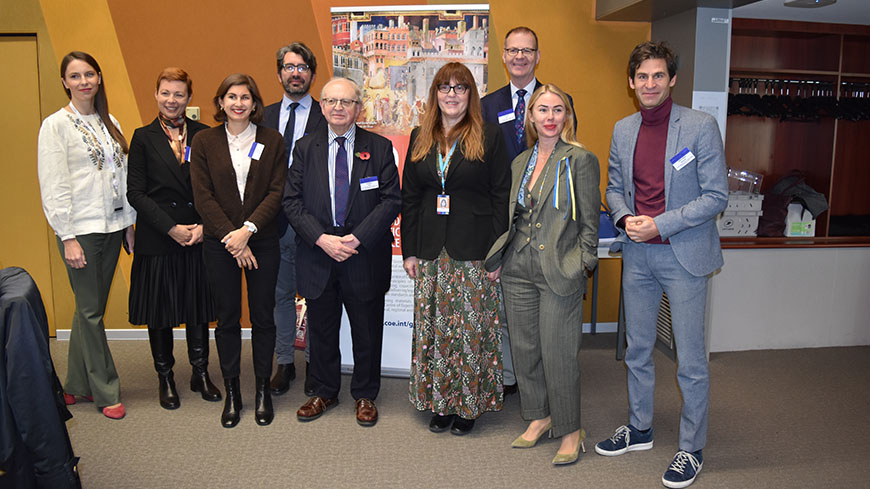 The European Committee on Democracy and Governance (CDDG) hosted a Forum Talk on Deliberative Democracy in the context of the World Forum for Democracy.

The Forum Talk “Deliberation: A Booster for Democracy?” offered an opportunity to reflect on experiences with deliberative initiatives on the national and local level from Ireland, Serbia and Ukraine, as well as on the level of the European Union.

Mr Art O'LEARY, Secretary General at the Irish Electoral Commission, highlighted that part of the success of the citizen assemblies in Ireland stems from the fact that citizens know from the start how decision makers will engage with the recommendations that are being developed.

Ms Gazela PUDAR DRAŠKO, Director at the Institute for Philosophy and Social Theory, University of Belgrade, pointed out that in the context of hybrid regimes it was more challenging to organise impactful deliberative initiatives, in particular as politicians often ignore the recommendations developed by citizens. Nonetheless, she stressed that the experience was valuable for those who took part in the deliberation as it provided them with the opportunity to engage in a respectful debate in an otherwise highly polarised public sphere.

Ms Yuliya HVOZDOVYCH, shared experience with participatory processes in times of war in Ukraine. For the future, she highlighted the importance of building on and further developing effective participatory tools as a step towards strengthening trust of people in public action.

Mr Dominik HIERLEMANN, Senior advisor on citizen participation and European democracy, Bertelsmann Foundation, pointed out that for deliberation to work, sufficient time and resources need to be allocated. In addition, the wider public needs to be better informed about citizens assemblies.

Mr Yves DEJAEGHERE, Executive Director, Federation for Innovation in Democracy Europe, stressed that poor process design can have detrimental effects and undermine trust in democratic processes. Therefore, standards on how to organise deliberative processes were useful, among others to ensure legitimacy, proper follow up and resources.

Ms Claudia CHWALISZ, Founder and CEO, DemocracyNext, called for a more systemic and transformative approach to democratic innovation. In her view, the central problem with current deliberative processes was the connection back into a political system which incentivises short term approaches due to election cycles. To boost democracy, deliberation should not be seen as an add-on to the representative system but understood instead as a way to shift power.

The discussion was moderated by Ms Svetlana Geleva, Ambassador of North Macedonia and currently Chair of the Rapporteur Group on Democracy, and by Mr Paul Rowsell, Chair of the CDDG. Both underlined the importance of strengthening the trust between people and elected representatives. Ms Geleva also referred to the high-level report on the future of the Council of Europe and that the forum talk provided valuable insights for on-going discussion on how to strengthen democratic processes and institutions across all member States.

The public consultation on a draft recommendation on deliberative democracy prepared by the CDDG is open until the 22 November 2022.

Recording of the talk