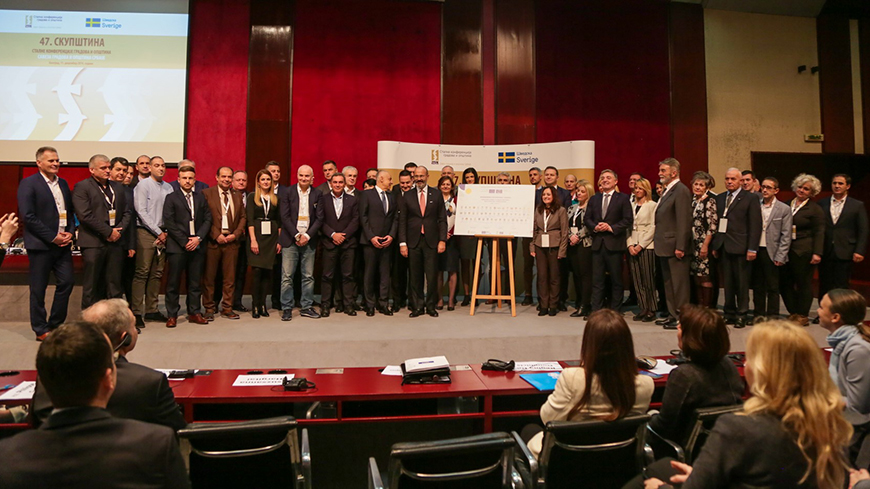 All 50 cities and municipalities in Serbia receiving support from the Council of Europe and the European Union for the professional development of employees and the establishment of human resource management systems, have begun their one-year process of modernising their civil service system.

This process in 50 local governments is part of the European Union-Council of Europe programme "Human Resources Management in Local Government - Phase 2" which will last until the end of 2021, and which aims to create a modern civil service system based on competences, knowledge and skills in line with European standards and principles of good governance.

Local Self-Governments involved in this programme have received the so-called “municipal support packages” with tailor-developed policies and procedures for the improvement of Human Resource Management in Local Self-Government. This means that until the end of 2020, they will have support from Council of Europe consultants to change the system of Human Resource Management, including a series of activities that will contribute to improving the quality of work of the administration in general and lead to the administration becoming a good service to citizens and the economy.

For the time being, in the initial phase of implementation of the "municipal support packages", an impact assessment was made in the field of human resource management in all local governments, and operational plans were developed to improve the following areas: organisation and planning of human resources, recruitment, professional development and training of employees, employee appraisal, disciplinary and grievance procedures, together with communication skills, ethics, values ​​and the culture of organisations.

In addition to the implementation of the municipal support packages, these local governments will also be able to participate in a special grant for funding (up to € 30.000) to implement organisational changes and improvements in their local administrations.

The programme 'Human Resources Management in Local Self-Government – phase 2“ valued at €4 million, is jointly funded by the European Union and the Council of Europe, implemented by the Council of Europe in cooperation with the Ministry of Public Administration and Local Self-Government (MPALSG) and the Standing Conference of Towns and Municipalities (SCTM).