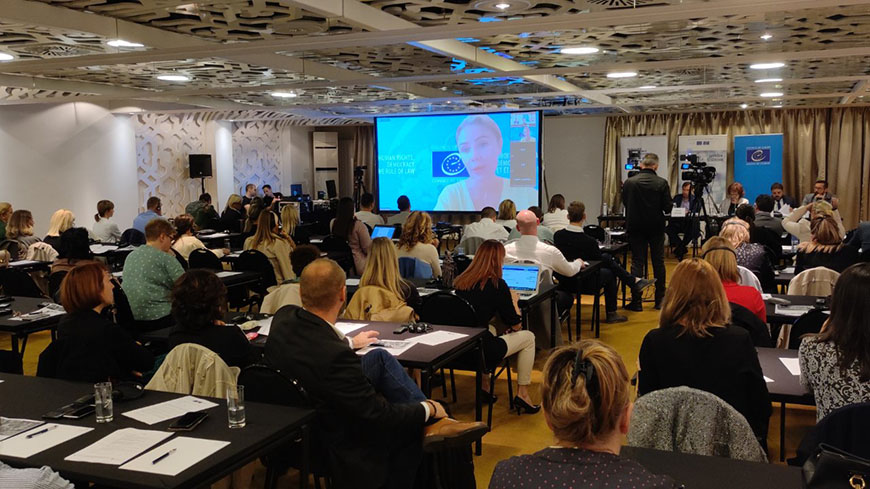 The adoption of the Law on Employees in Autonomous Provinces and Local Self-Government Units in 2016 established the basic principles of professional service system for employees working in the bodies of autonomous provinces and local self-governments in Serbia. This laid the foundations for the introduction of a modern human resources management system.

Conference participants were introduced to the new Human Resources Management Toolkit of the Council of Europe, which includes indications regarding the creation of job descriptions, the recruitment procedure, evaluation and performance management and the inclusion of a gender perspective in a modern HRM system. Mr Jonathan Barber, the Council of Europe expert, said that it can be an extremely practical document for improving HRM in local administrations. This is of particular importance because the local administration is the level of government which is closer to the citizens. For them to have trust in and be satisfied with the services provided by the public administration, it is necessary to constantly improve competences and capacities of the municipal employees.

For this reason, fifty municipalities and cities applied for and received support from the Council of Europe Programme through the "support packages". This experience is also valuable for other municipalities in Serbia: ultimately, the joint aim of all partners is to modernise the management of human resources in the country, and to improve governance at local level in accordance with the European values and standards.