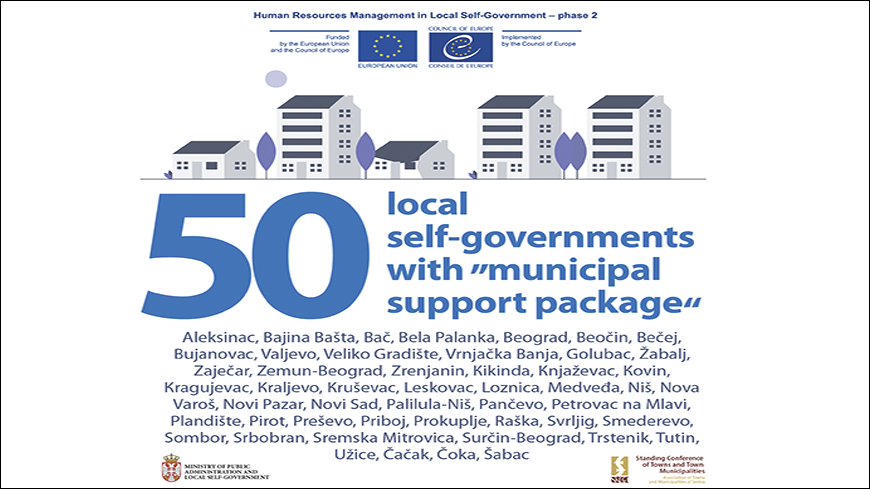 The development of human resource management in local self-governments is part of the public administration reform in Serbia.

In the context of the Programme “Human Resource Management in Local Self-governments – phase 2“, representatives of local self-governments took part in a workshop aimed at collecting feedback and identifying the most significant results achieved so far as well as the main challenges lying ahead. The participants concluded that although human resource management is implemented and supported by key stakeholders at the national and local level, it can still be improved.

The representatives of local self-governments attending the workshop are using the “municipality support packages.“ The package includes a set of mandatory and recommended local legal acts and is complemented with support from consultancy teams.

The professional development of employees is an important component of human resource management and was also dealt with during the workshop. All 50 local self-governments implementing the “municipality support packages” successfully conducted training needs analysis for their employees and prepared special professional development programmes that are currently in the accreditation process. The annual appraisal of employees was discussed, and participants agreed that this field remained the least developed HRM function.

The workshop was also an opportunity to inform participants about the plan to introduce a competencies system for local government employees, which is one of the priorities of the new Public Administration Reform Strategy of the Republic of Serbia. Furthermore, there was consensus among the participants that the reform process might slow down due to the COVID 19 pandemic, which had substantially influenced the work of local government employees.

“Human Resource Management in Local Self-Governments – phase 2” is a €4 million project jointly financed programme by the European Union and the Council of Europe and implemented by the latter in cooperation with program partners, including the Serbian Ministry of Public Administration and Local Self-Government and the Standing Conference of Towns and Municipalities.