Online Briefing for the Serbian Media 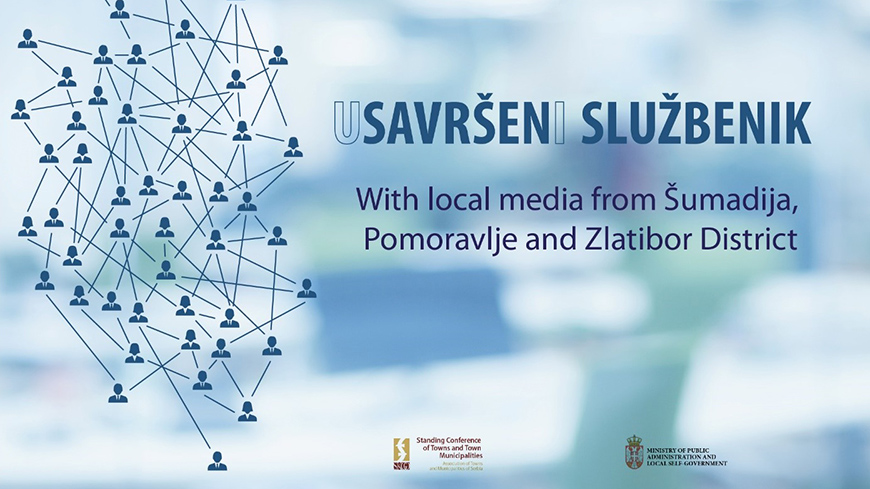 A second briefing for media representatives of the municipalities of Kragujevac, Čačak, Užice, Bajina Bašta, Nova Varoš and Priboj was held online on 15 July 2021, in the framework of the European Union – Council of Europe Joint Programme “Human Resources Management in Local Self-government – phase 2”.

These six municipalities are among 50 local self-governments in Serbia that were supported by "municipal support packages" through the Programme, including direct support and mentorship from human resources experts to modernise their civil service system in the fields of human resources and professional development.

The participants were informed that the Programme support to local self-governments contributed to the significant improvement and modernisation of the civil service system at the local level. Local administrations have a great responsibility in the implementation of national legislation and in providing good quality services to citizens. This is why it is important that local government employees have the appropriate knowledge and skills to perform these very demanding tasks. The Programme is focused on strengthening the capacity of local administration, through the improvement of human resources management function and professional development of employees.

The contribution of the Programme to raising capacities for human resources management in cities and municipalities and the importance of this process for the overall public administration reform as well as the quality standards of the professional development of local self-government employees was highlighted by the Assistant Ministers from the Ministry of Public Administration and Local Self-government: Ms Ivana Savićević, Head of the Sector for Human Resource Management and Ms Jasmina Benmansur, Head of the Sector for Professional Development.

The briefing was also attended by a representative of the Standing Conference of Towns and Municipalities, Mr Marko Tomašević, Programme Director for local self- government system, who highlighted the support of the Programme and the efforts of local governments to improve their organisational and functional performance through the continuous professional development of employees.